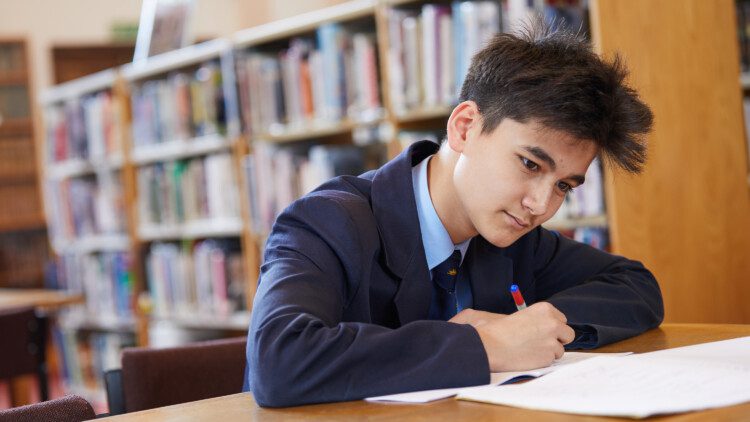 Latin is a compulsory part of the school curriculum for boys in Years 7 and 8, and is an option for GCSE and A level.

From the beginning emphasis is placed on gaining a good knowledge of Latin grammar and vocabulary.  Classwork is based around challenging but rewarding task of reading and translating Latin stories and texts into English. In conjunction with this, stories and texts which are studied give plenty of opportunity for learning about the culture, history and myths of the ancient Romans, and the cultural traditions which we have inherited from them.

Every year we run a variety of Classical trips in the UK to visit museums, lectures and historical sites.  We also offer the choice between at least two foreign tours every year including a bespoke exploration of ‘hidden gem’ sites in the Peloponnese, with the specialist expertise of a former Monmouth teacher to guide the party personally.

Latin is a compulsory part of the school curriculum for boys in Years 7 and 8. In Year 8 boys are split into three sets of about 20 each. A large number of boys (about 40 every year) then choose to carry on with Latin into Year 9. The main course followed for Years 7 to 9 is the ‘Disce Latinum’, which combines interesting passages for translation, a rigorous approach to learning grammar and a rich historical dimension. By the end of Year 9, boys have covered most of the grammar on the GCSE syllabus, apart from the subjunctive.

The Latin Language course develops the basics of the language covered in the first three years and a more general awareness of the nature and structure of language.  As well as being rewarding in itself, it has undoubted value in improving communication skills and is a good preparation for those hoping to pursue languages, history or English at A level, and law or medicine at university.

Much of the grammar and syntax will have been covered already:  the two year course consolidates these areas and widens vocabulary with the aim of increasing speed and facility with translation.  A defined vocabulary list of about 450 words is prescribed and carefully learned.

In the Latin Literature course, students will read unadapted Roman literature, both prose and verse, as set texts and will acquire an appreciation of style and literary content and an awareness of historical and cultural contexts.

There is no coursework or controlled assessment in these papers. The exams are sat in summer of Year 11. Under the new numerical grading system, the grade boundaries for this exam range from 1 (lowest) to 9 (highest) where those achieving 9 would have been ranked among the top half of those who achieved A* in the previous letter-based system.

Comprehension Questions based on Latin Passage (55% of component)

Translation of Latin passage into English (35% of component)

This involves the study of a prescribed selection of Latin literature – both prose and verse – on a theme, together with prescribed ancient source materials on the same theme. A choice of one of two themes is offered. This is an open-book assessment.

This involves the study of a prescription of Latin literature forming a narrative, accompanied by adjacent passage(s) in English. A choice of one of two narratives (one verse, one prose) is offered. This is an open-book assessment.

Questions on Latin Literature will include some or all of the following:

The study of the Latin language and Roman literature in the original language is at the heart of the unique area of study described as Classics. The value of a classical language as a mental discipline should not be underestimated: it encourages precision, logic and concise expression in a way that few other subjects can replicate. These qualities make classical languages an obvious choice for someone going on to read law or liberal arts, for instance. The influence of Latin on the languages and cultures of Western Europe cannot be overstated, making Latin a wise choice also for students of European languages and history. A report by Professor Shearer West of Oxford University, in the wake of the economic crisis, demonstrating the impact and value of studying humanities over sciences, concluded that employers are looking for candidates with “succinct and persuasive written and verbal communication skills and the capacity for critical analysis and synthesis’. Furthermore, quite aside from its extrinsic value, the joy and enormous satisfaction of reading some of the world’s most influential literature (e.g. Cicero, Virgil and Ovid, to name but three) in the original language is naturally another strong incentive for those who choose Latin A level.

Latin is a rigorous A level; it is necessary to have achieved a good GCSE grade or equivalent previous study in order to cope with its demands. It complements and enhances many other subjects. Latin will not only develop linguistic ability, but also analytical and evaluative skills, highly prized by universities and employers. It will provide a very good foundation for a wide range of university courses and careers.

Latin Language
Further reading of Latin authors enables students to develop the skills and confidence to translate unseen passages of Latin verse and prose, as required on paper 1. There is no defined vocabulary list for this paper.

For the second language paper students will either undertake an unseen comprehension passage from the works of Pliny or translate a passage of English into Latin prose.

Latin Prose Literature
Two Latin prose set texts are studied in depth within their literary, social and historical context; the focus is on knowledge, understanding and appreciation of the text. Additional literature in translation is also studied for appreciation of the context.  Prose set texts are selected from the works of Cicero, Tacitus or Seneca. There is a choice of texts.

Latin Verse Literature
Two Latin verse set texts are studied in depth within their literary, social and historical context; the focus is on knowledge, understanding and appreciation of the text. Additional literature in translation is also studied for appreciation of the context.   Verse set texts are selected from the works of Virgil, Ovid, Propertius and Tibullus, while the unseen author is Ovid. There is a choice of texts.

There are four written examinations as follows: