Why study German A level? 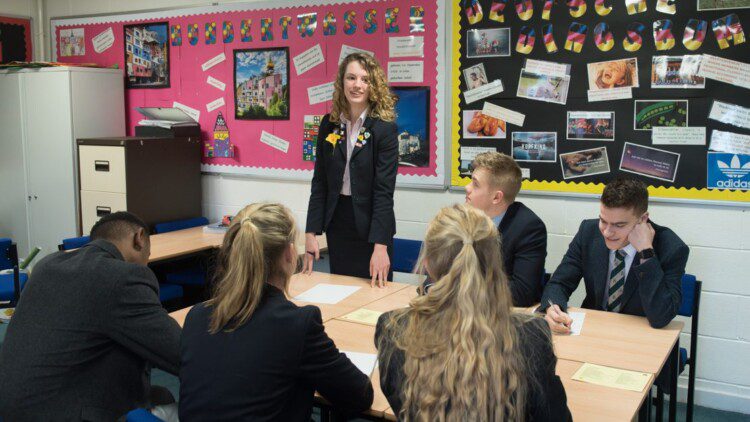 Given the current shortage of English native speakers with a good level of fluency in German, students of German are in high demand. Germany is the UK’s second largest export market and the country we import most from. With the largest economy in the EU, and the third largest in the world, Germany will remain a hugely important trading partner for us. To maintain a positive trading relationship, people who speak German, and who are familiar with the society, economy and history of German-speaking countries will therefore be at a considerable advantage.

Additionally, German is a widely-used scientific language. One in ten books is published in German, making it a significant vehicle of communication. At university, German can be combined with arts or science courses, such as law or medicine, thereby providing a versatile and valuable qualification. It is an academic language, mentally stimulating and suiting the student with a logical and systematic approach to learning.

Throughout the course, students will broaden their understanding of modern day Germany and gain an in-depth knowledge of aspects of modern German history. There is a particular emphasis on Berlin, as well as the opportunity to visit this fascinating capital city in Year 12 or Year 13. Students will learn to express opinions, analyse themes and develop clear and justified arguments. They will learn to communicate at a high level, using up-to-date vocabulary and idiom, with the aid of a German assistant.

Ben Bradshaw, MP and former BBC correspondent: “I would not have been made Berlin correspondent of the BBC if I hadn’t spoken good German. A good command of German was relatively rare.”

If you are interested in exploring a language closely related to your own, or enhancing your future travel experiences and career prospects, then German could be the subject for you.

You will study the following topics in class using a variety of up to date resources: text books, video, listening, articles, websites, songs, etc.

In addition, you will study one film and one text.

Two essays: one on film and one on literature.