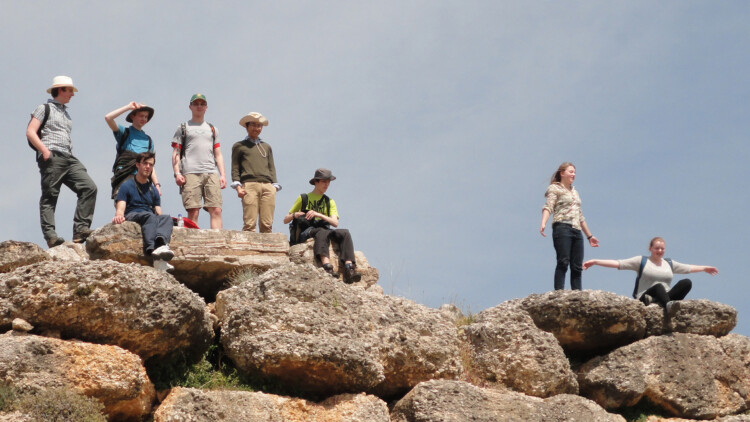 Classical Civilisation focuses on the civilisations of Greece and Rome, and is a wide-ranging subject involving the study of literature, material culture, ancient thought and ideas, and the ancient historical context. All the texts are studied in translation, so no linguistic knowledge is required; what you do need is an interest in the ancient world and enthusiasm for reading and the arts in general.

“Studying Mediterranean antiquity superbly equips individuals to think socio-politically and to persuade other people orally, visually and in writing. It hones transferrable skills like source criticism and culturally relativist analysis. It is a perfect A level to do with any other subject because the Greeks invented all academic disciplines including Medicine and Material Science. It gets school-leavers and graduates great jobs and gives them nourishing and beautiful brain-food for non-working hours for life.”
Professor Edith Hall, King’s College London.

There are three components taught across two years. Component 1 is compulsory and synoptic: study of Homer informs the study of Virgil. In all other components there is an element of choice.

Component 1  The World of the Hero

A.  Homer’s Odyssey OR Iliad
The whole of one of Homer’s epic poems is studied.

B.  Virgil’s Aeneid.
The entire epic poem is studied. Specific commentary questions require detailed knowledge of the text while broader themes are examined by essay questions. In addition to knowledge of the texts themselves, students will consider the social, cultural and religious context, as well as the historical and political background.

Component 2  Culture and the Arts

Either: The Greek Theatre
Three dramas are studied, tragedy and comedy. The physical structure of the theatre is also part of this topic and the nature of the dramatic festivals. Students will explore archaeological as well as textual evidence for this topic.

Or: Greek Art
Students will engage with the material culture of classical Athens. Sculpture, both free-standing and architectural, and vase painting of the 6th – 4th centuries BC are studied.

Or: Democracy and the Athenians
Historical background, Solon, Cleisthenes, philosophical ideas about democracy, the presentation of democracy in drama.

Or: Love and Relationships
The roles of men and women, Plato and Seneca on love and desire, poems of Sappho and Ovid.

There will be a separate examination for each component as follows: