The Classics department is set in a spacious location on two floors over three classrooms and a large conference room. It has a large departmental library well stocked with a vast array of Classical literature and language titles right up to date with the latest publications.  Latin is a compulsory part of the school curriculum for boys in Years 7 and 8, and is an option for GCSE and A level. 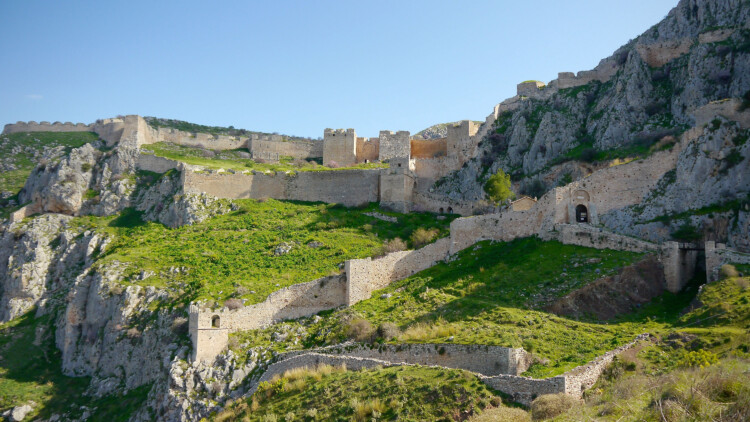 From the beginning emphasis is placed on gaining a good knowledge of Latin grammar and vocabulary.  Classwork is based around challenging but rewarding task of reading and translating Latin stories and texts into English. In conjunction with this, stories and texts which are studied give plenty of opportunity for learning about the culture, history and myths of the ancient Romans, and the cultural traditions which we have inherited from them.

Every year we run a variety of Classical trips in the UK to visit museums, lectures and historical sites.  We also offer the choice between at least two foreign tours every year including a bespoke exploration of ‘hidden gem’ sites in the Peloponnese, with the specialist expertise of a former Monmouth teacher to guide the party personally.

There is close collaboration with Monmouth School for Girls in a number of areas. Not only are trips, Classical Society activities and lectures all joint enterprises but the sixth form Classical curriculum itself is delivered across both schools with Latin, Greek and Classical Civilisation all available up to A level.

Greek is an option from Year 9 onwards; after the beginner’s course in Year 9, boys can decide to take Greek for GCSE. Greek gives access to some of the greatest works of Western literature, including epic, tragedy and philosophy. Boys who continue to GCSE and beyond get the opportunity to read selections from these works in the original Greek.

We are focused on the best possible springboard for your child’s future and our students achieve admission to Oxbridge every year.

Further details about the Classical Civilisation A level course

Further details about the Classical Greek A level course

Further details about the Latin A level course

Latin is a compulsory part of the school curriculum for boys in Years 7 and 8. In Year 8 boys are split into three sets of about 20 each. A large number of boys (about 40 every year) then choose to carry on with Latin into Year 9. The main course followed for Years 7 to 9 is the ‘Disce Latinum’, which combines interesting passages for translation, a rigorous approach to learning grammar and a rich historical dimension. By the end of Year 9, boys have covered most of the grammar on the GCSE syllabus, apart from the subjunctive.

In Year 9 boys can study Classical Greek as one of their optional subjects. It is expected that boys opting for Greek would also be studying Latin. Year 9 Greek forms a basic introductory course in itself, which is enjoyable but also fast-paced and demanding.

The Latin Language course develops the basics of the language covered in the first three years and a more general awareness of the nature and structure of language.  As well as being rewarding in itself, it has undoubted value in improving communication skills and is a good preparation for those hoping to pursue languages, history or English at A level, and law or medicine at university.

Much of the grammar and syntax will have been covered already:  the two year course consolidates these areas and widens vocabulary with the aim of increasing speed and facility with translation.  A defined vocabulary list of about 450 words is prescribed and carefully learned.

In the Latin Literature course, students will read unadapted Roman literature, both prose and verse, as set texts and will acquire an appreciation of style and literary content and an awareness of historical and cultural contexts.

There is no coursework or controlled assessment in these papers. The exams are sat in summer of Year 11. Under the new numerical grading system, the grade boundaries for this exam range from 1 (lowest) to 9 (highest) where those achieving 9 would have been ranked among the top half of those who achieved A* in the previous letter-based system.

Comprehension Questions based on Latin Passage (55% of component)

Translation of Latin passage into English (35% of component)

This involves the study of a prescribed selection of Latin literature – both prose and verse – on a theme, together with prescribed ancient source materials on the same theme. A choice of one of two themes is offered. This is an open-book assessment.

This involves the study of a prescription of Latin literature forming a narrative, accompanied by adjacent passage(s) in English. A choice of one of two narratives (one verse, one prose) is offered. This is an open-book assessment.

Questions on Latin Literature will include some or all of the following:

The Classics Department has had a twenty-year tradition of taking trips to the Peloponnese. This trip is biennial, and takes place either in the Feburary half-term break or the Easter holiday.  The 2014 trip took place in the first week of the Easter break. The previous trip took place in February half term 2012. This was a joint trip with Monmouth School for Girls, and is recounted below by former sixth former, Tom. The itinerary included visits to Mycenae, Tiryns, Nemea, Corinth and Mystras. The department also runs joint trips with Monmouth School for Girls to important Classical sites within Britain, such as Roman Bath and Cirencester, as well as trips to Italy, the latest of which was a visit to Rome in April 2013. A trip to the Bay of Naples for sixth-formers took place in Easter 2015.

There is something about Greece which has cast its intoxicating spell over some of the greatest poets and adventurers in recent history: Lord Byron, Patrick Leigh Fermor and, by no means least, Peter Dennis-Jones. It was under his guidance that our group of sixth-form philhellenes set out for the Peloponnese in February. This, nominally a Classics trip, in a short number of days not only took us to the greatest classical sites, but also gave a taste of the charm and richness of a country that, despite its turbulent and fractured history, has lost none of its endearing sleepiness and tranquillity.

For history and tranquillity, there was nowhere better to stay than Mikines, a sleepy, tourist village where Heinrich Schliemann stayed in the 19th century during his excavation of ancient Mycenae and which seems not to have changed since. From the cheap and cheerful Dassis Rooms (to have “hotel” in the name would warrant a higher tax rate) we were within striking distance of not only the famous sites of Mycenae, Mistra, Sparta, Nemea, Corinth, Epidauros and Argos, but from a vast number of lesser-visited, yet equally intriguing sites brought vividly to life by the expertise and vivacity of Mr Dennis-Jones. To recount all of our travels would do them too little justice, but I shall try to pick a few highlights from very different periods of history.

Our first full day brought us to the ancient citadel of Mycenae, the ancient home (at its peak in 1200 BC) of Homer’s Agamemnon, Aeschylus’s Orestes and Sophocles’ and Euripides’ Electra, to name just a few. That this great city lay dormant until its excavation in the 1870s by Schliemann adds it another level of intrigue, and it is wonderfully preserved: the foundations of Agamemnon’s cliff-top palace, the inexplicable subterranean stairway and of course the formidable Lion Gate provoke more questions than answers – it is difficult to imagine how the vast stones of the outer walls could have been built by any other than the Cyclopes to which mythology attributes them. From the citadel, much of Homer’s “horse-rearing” Argolid plan is visible, enclosed abruptly by snow-capped, forbidding peaks that echo the rugged grandeur of Mycenae itself.

Similarly awe-inspiring was the city of Mistra, populated until a full 2,200 years after Mycenae. The last stronghold of the Byzantine Empire, enduring the Frankish invasion of the Villehardouins in the 13th century and holding out long after Constantinople in the Ottoman invasion, it was possibly the last outpost of civilisation in pre-renaissance Europe. The Byzantine splendour of churches built into the rock and their colourful, intricate frescoes form a stark contrast with the encircling harsh, towering slopes of the Taygetos Mountains that shaped the rugged lifestyle of the ancient Spartans, but were defied by the peaceful sophistication of the Byzantines at Mistra.

Perhaps the most dramatic site, however, was Acrocorinth, the ancient acropolis of Korinthos that became a stronghold of the Villehardouins during the 13th century. It is a castellated stronghold occupying the summit of a steep hill overlooking the Isthmus of Corinth. From the ramparts, the plains and mountains of the Peloponnese, the Gulf of Corinth and the Aegean could all have been monitored to give warning well in advance of an invading force, yet during our ascent, it became apparent that the paths were taxing enough to cause any weary potential invader to think twice.

What distinguished this trip from a mere sightseeing expedition, however, was the full experience of Greek culture. The evenings were in fact the highlight of each day; we would gather for “happy hour” in the Dassis Rooms for olives and spanakopita, before progressing merrily to the inimitable Spiros restaurant, which has been serving the Monmothian classicist moussaka, tzatsiki and retsina for twenty years. Spiro himself offered Hellenistic generosity with his food and wine, serving a whole goat (which tastes somewhere between duck and pork) on the final night with almost ritualistic solemnity. Combining this state of relaxed, night-time eudaimoniawith the break-neck speed with which we flew round the Peloponnese in pursuit of the winged feet of Mr Dennis-Jones during the day truly allowed a full and joyous experience of Hellas modern and ancient. Thank you to Dr Murgatroyd, Miss Barson, Mrs Beech, Mrs Treasure and most of all to Mr Dennis-Jones for a fantastic and unbeatable trip.

Beyond Monmouth School for Boys

Classical subjects build up analytical and critical skills.  At Year 12, a Classical subject fits in very well alongside maths and sciences as well as the humanities. The academic discipline required to study Latin and Greek means that a GCSE or A level in the subject  is highly regarded by law schools and medical schools.

At degree level it is a multi-disciplinary subject, bringing together study of literature, art, archaeology, ancient history, philosophy and linguistics. The subject promotes intellectual discipline and an ability to process complex information which is highly prized by employers in a wide range of areas: