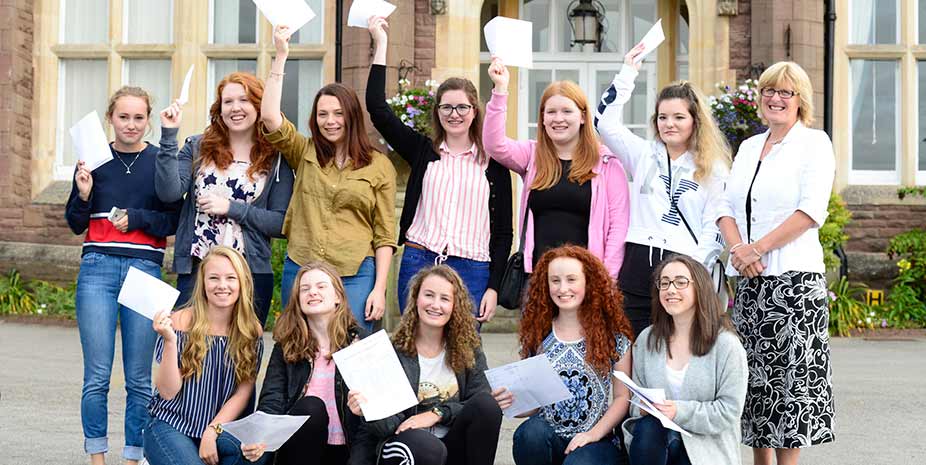 Monmouth School for Girls is celebrating its best-ever A* performance in a glowing set of GCSE and IGCSE results.

Twelve-year-old Xiaoli is celebrating A* grades in biology, chemistry, physics and maths.

Xiaoli, who lives in Mitchel Troy, is moving into Year 10 in September and will follow GCSE and IGCSE courses in a further 10 subjects as well as starting A level maths.

Twins Stella and Claire, from Trellech, achieved 20 A*s between them – each securing a remarkable 10 A*s.

Musician Mererid, from Llandysul in Carmarthenshire, achieved 12 A*s and an A in addition to a distinction in her ATCL violin diploma after scoring 91 out of 100 marks.

There were also outstanding results from three inspirational girls who have gained national recognition in major competitions.

Budding inventor Kia, who has appeared on BBC television’s Dragons’ Den programme, achieved eight A*s, two As and a distinction in additional maths.

Kia, from Ross-on-Wye, became a UK Junior Engineer of the Year in 2015 after co-creating a gadget, called Crikey Bikey, which is a harness to help parents teach children to ride a bike safely.

Another talented engineer Lisa, from Abergavenny, who designed an award-winning car dehumidifier and air freshener called Xorbit, was awarded 10 A*s and a distinction in additional maths.

Dr Caroline Pascoe, Headmistress of Monmouth School for Girls, said: “I am delighted for the girls and so proud of them for achieving our best-ever A* performance.

“The results were excellent across the board with 11 girls achieving 10 A*s or more.”

Dr Pascoe added: “We encourage all our girls to take part in national initiatives and to strive to reach their full potential. We recognise the importance that science, technology, engineering and maths plays in their education.

“Kia, Lisa and Niamh have won national competitions and are excellent role models for their friends and an inspiration to the younger pupils in the school. I am delighted to see their hard work rewarded with such excellent examination results.”