You are here: Home » News Events » Academic » Four A* grades at GCSE for 12-year-old Xiaoli

Four A* grades at GCSE for 12-year-old Xiaoli 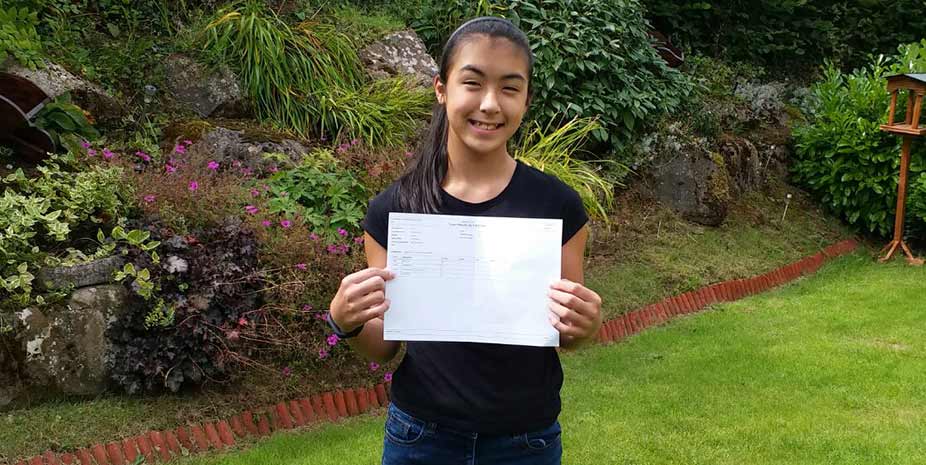 A 12-year-old pupil at Monmouth School for Girls is celebrating A* grades in four subjects at GCSE level.

Xiaoli is moving into Year 10 at Monmouth School for Girls in September and will follow GCSE and IGCSE courses in a further 10 subjects and A level maths.

She took her first GCSE exams at eight years old when she was still at primary school.

She now has seven GCSES under her belt, including an A* in Chinese, an A in music and an A in astronomy, which she studied via distance learning.

Xiaoli, who has an IQ of 153, said: “I am really happy with my results. I worked quite hard for them but I am proud and over the moon.”

She added: “When I am older I would like to study at Oxford or Cambridge and become an astronaut or a mathematician.”