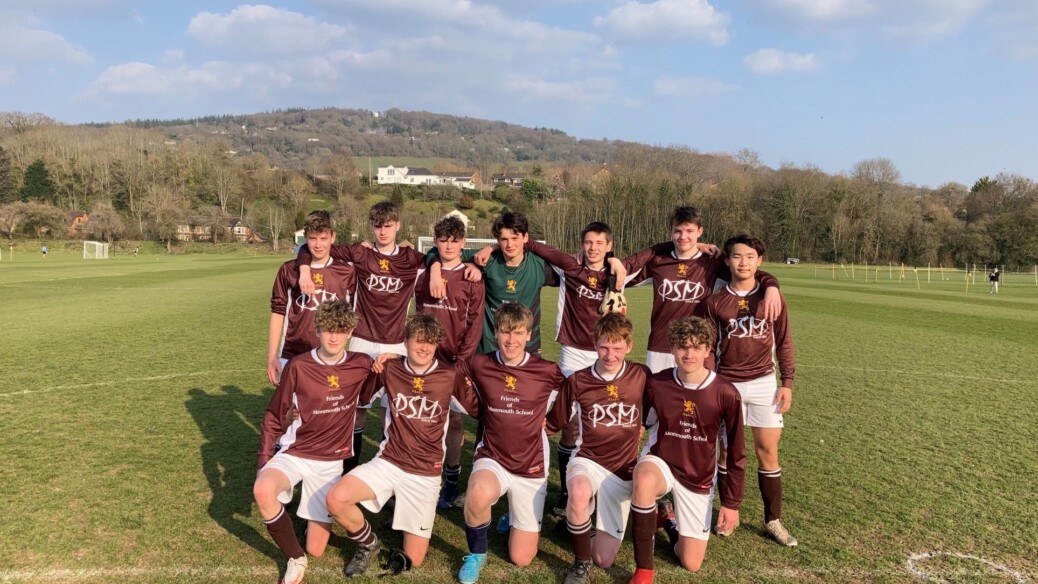 The unbeaten under-16s finished fourth for their age group in the national SchoolsSports.com Performance League

The footballers at Monmouth School for Boys can reflect on a very positive season.
The school’s under-16 and 1st XI teams were the most successful, picking up excellent wins and playing attractive football.
The unbeaten under-16s, coached by Mr Callum Bassett-Jones, finished fourth for their age group in the national SchoolsSports.com Performance League with an impressive win ratio of 88.89%.
The boys, who rounded off the season with a 4-0 home triumph against Cheltenham College, scored 28 goals in nine matches. They conceded just six times, racking up seven wins and two draws. In fact, the under-16 boys are undefeated in 20 matches in total over the past two competitive seasons.
“It was another amazing season for the under-16s,” said Mr Mark Tamplin, Master in Charge of Football at Monmouth School for Boys.
“The boys worked hard for each other and to finish so highly-placed, once again, in a national league of schools from all over the UK, is something of which the they should be very proud.”
The 1st XI, coached by Mr Tamplin, completed their season with an 2-0 home win against Cheltenham College and also enjoyed a fine season, losing just once.
The team’s tight defence was a particular strength as they scored 22 goals in 10 matches but conceded just 13.
In 10 matches, the boys won six, drew three and lost once.
With nine players from the squad available again next season, the school’s 1st XI football future looks very bright, according to Mr Tamplin.
Under-16 team results:
Clifton College (away) 7-0; Bromsgrove School (home) 1-1; Malvern College (home) 6-0; Caerleon Comprehensive (away) 3-3; King’s School, Worcester (home) 2-1; Millfield School (away) 2-0; Wycliffe College (home) 1-0; Marlborough College (home) 2-1; Cheltenham College (home) 4-0.
1st XI results:
Dean Academy (home) 2-0; Clifton College (home) 1-1; Old Monmothians (home) 1-1 (1st XI win penalty shoot-out); Malvern College (away) 3-2; King’s School, Worcester (home) 0-0; Millfield School (home) 3-1; Newport County Academy (home) 4-3; Bristol Grammar School (away) 5-2; Marlborough College (away) 1-3; Cheltenham College (home) 2-0. 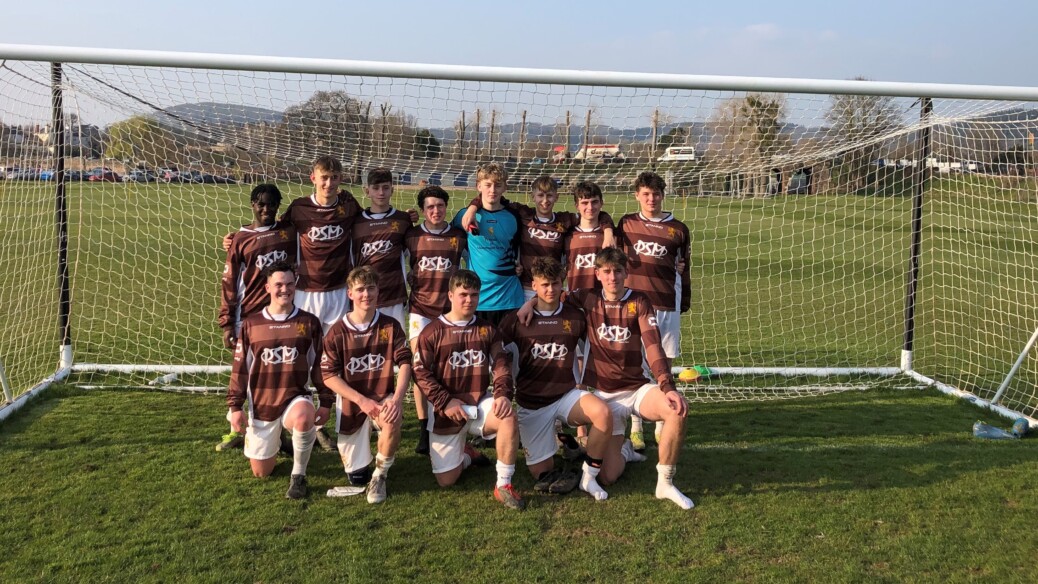 The 1st XI won six, drew three and lost just one of their 10 matches.