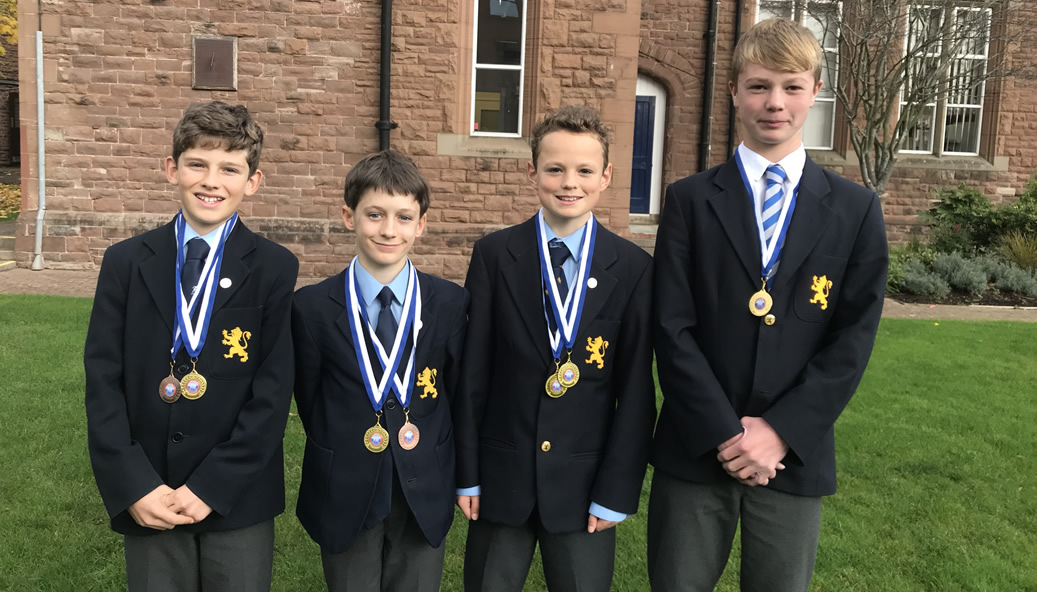 Cross-Country runners at Monmouth School for Boys are celebrating a hat-trick of titles in this season’s Brecon League.

Harry, 12, led the way for Monmouth and clinched the overall individual junior boys’ crown in his maiden season competing for the senior school.

The Monmouth athletes travelled to Christ College for the final round of the league season knowing that individual and team medals were up for grabs.

In the senior boys’ race, Antony was first home for Monmouth in fifth spot, ahead of club stalwarts Robbie in sixth, and George, seventh.

The A team’s scoring was completed by Year 10 pupil Joshua, in eighth, who finished strongly in the second half of the race.

Monmouth’s A team won the event on the day and the overall league title, while Robbie, George and Antony were fourth, fifth and sixth in the individual section.

After gaining the lead midway through the final lap, Harry secured his first league victory with Henry coming a close second.

Will and Oliver also had fine runs, coming fourth and fifth respectively to seal an emphatic team success.

The A team won the junior boys’ league title convincingly, with the B team finishing second and the C team, fourth. 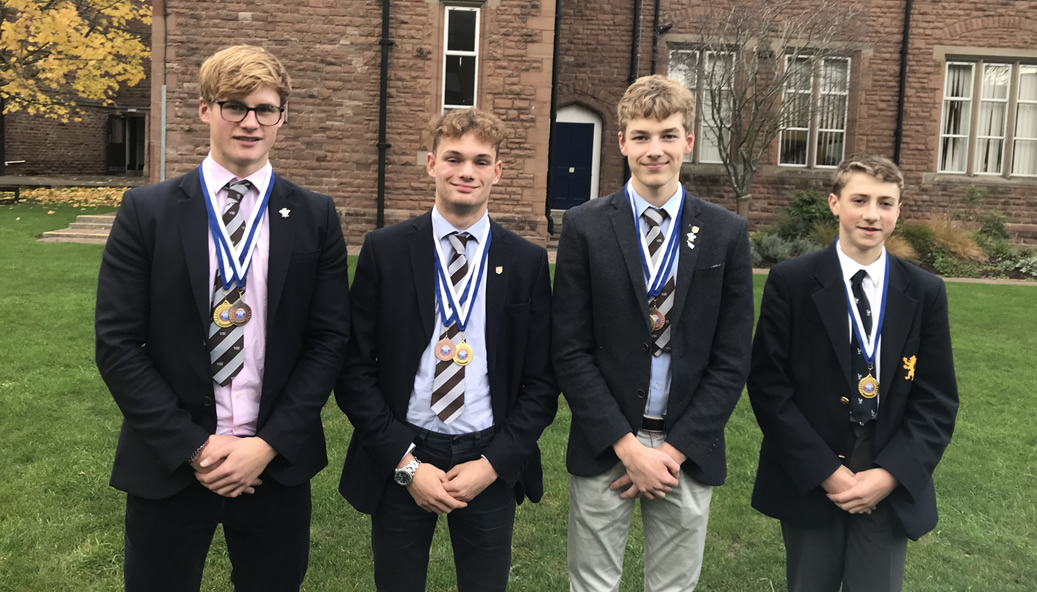