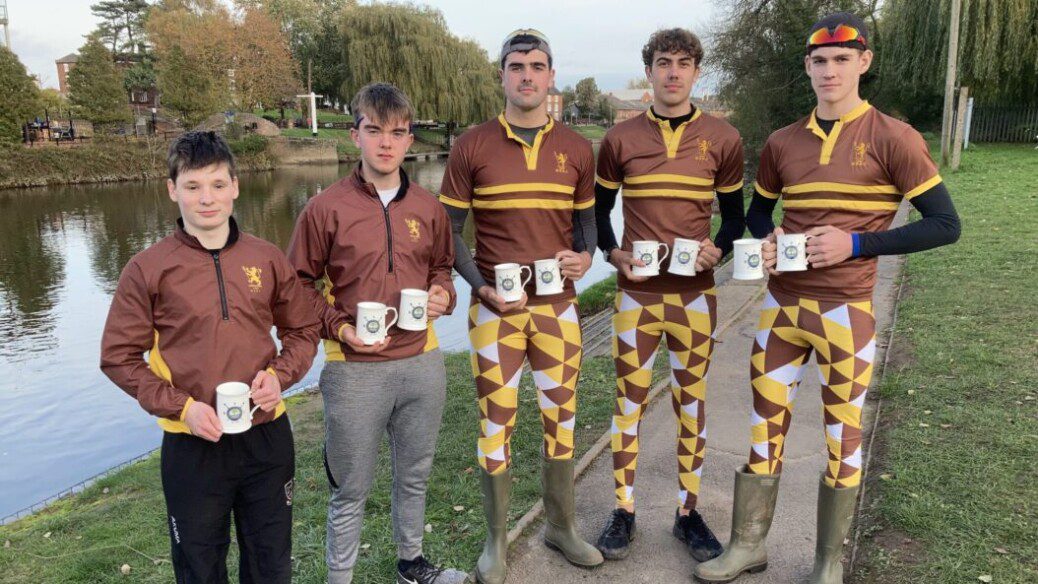 Alexander, Alfie, Henry, Ethan and Dan won both the coxed and coxless open events in Stourport

Rowers at Monmouth School for Boys recorded two victories as the first event of the season took place on the River Severn in Stourport.

A senior four of Alexander, Alfie, Henry, Ethan and Dan led by example, winning both the coxed and coxless open events against Shrewsbury School and adult crews from Worcester, Bridgnorth and the rest of the West Midlands.

A second two senior fours acquitted themselves very well, coming second and fourth in their category.

For a relatively local event, the Monmouth crews were pleased race Shrewsbury among the other competitors, making it a very good quality fixture.

Unfortunately, the recent rain meant that the J15 crews were not able to race otherwise it would have been the first full club event since before the start of the Covid-19 pandemic.

Both the senior and J16 squads raced in fours, while various combinations were tried out. For many of the boys, it was their first ever public event – including Ryan who has been rowing for less than two months.

The two J16 fours also put in very respectable performances and got among the Shrewsbury crews, including a superb top four finish.

A delighted Master in Charge of Rowing, Mr John Griffiths, said: “It was great to be racing again and seeing the chocolate and gold making waves once more.”