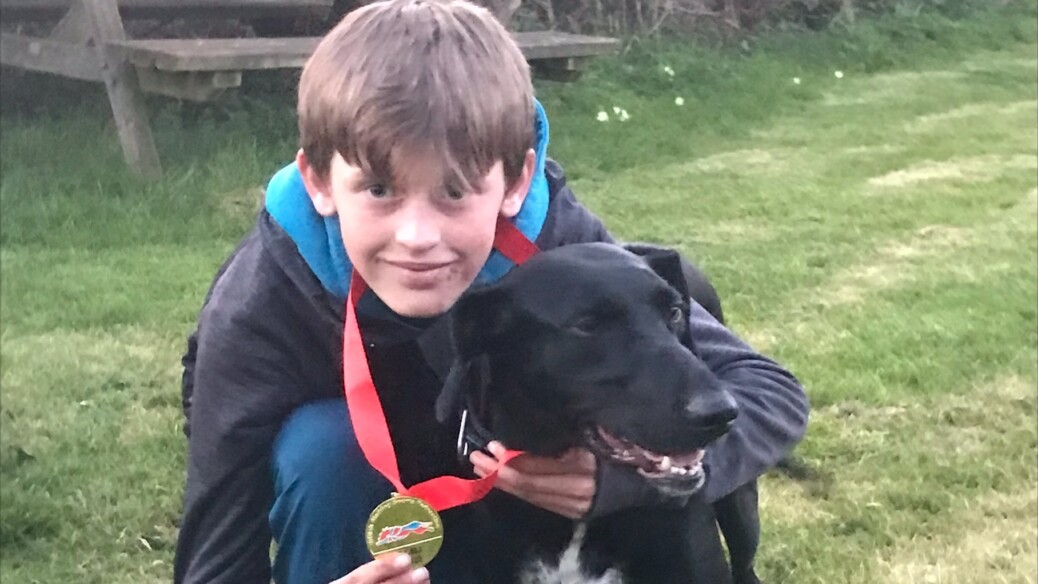 A speedy pupil at Monmouth School for Boys and his canine companion have qualified to run for Great Britain at a major European competition in Germany later this year.
Matt, from Year 8, and his dog, Top Dogz Nigra, triumphed at the British National Canicross Championships run by the BSSF (British Sleddog Sports Federation).
Matt, aged 13, won the Junior (14-to-18-years-old) title at Ford in Northumberland last weekend.
He defeated his fellow juniors on a twisty 3.2km course on Saturday and Sunday with impressive times of 9m26 and 9m29.
Matt was the fourth fastest canicrosser in the competition – his time was bettered only by three elite men, including the overall winner, Ben Robinson, a multiple British, European and World Champion.
Canicross is a sport of running off-road with your dog, in which the athlete wears a waistbelt which attaches via a line to a padded dog harness. The sport is growing quickly in the UK.
As the new British Junior canicross champion, Matt can now look forward to representing GB at the IFSS (International Federation of Sleddog Sports) European Dryland Championship in Leipa, Germany, between 9th and 13th November.