Old Monmothian picked to row for Great Britain in Italy

An Old Monmothian has been picked to represent Great Britain in the Under-23 World Rowing Championships in Italy next week.

Robbie Prosser has been selected in the coxed four for the event in Varese and will be striving to make his mark on the world stage.

Competition will be tough with rowers from 55 nations taking part, including squads from Germany, Italy and the USA.

The former Monmouth School for Boys’ student was in the school 1st VIII in 2019 that won 1st VIIIs at both the Schools’ Head of the River and the National Schools’ Regatta.

Robbie is the third member of the 2019 crew to go on to major success after leaving school.

Master in Charge of Rowing at Monmouth School for Boys, Mr John Griffiths, is looking forward to adding Robbie’s name to the school’s honours board.

Mr Griffiths said: “Robbie has been rowing at the University of Bristol. He finally made selection after trials at GB Rowing’s centre at Caversham, following a very successful year in which picked up gold medals at BUCS Regatta and other major regattas.

“This is a huge achievement for Robbie because he was slightly too old to trial for GB in his final year at school and has had to work even harder to fight his way through the system.” 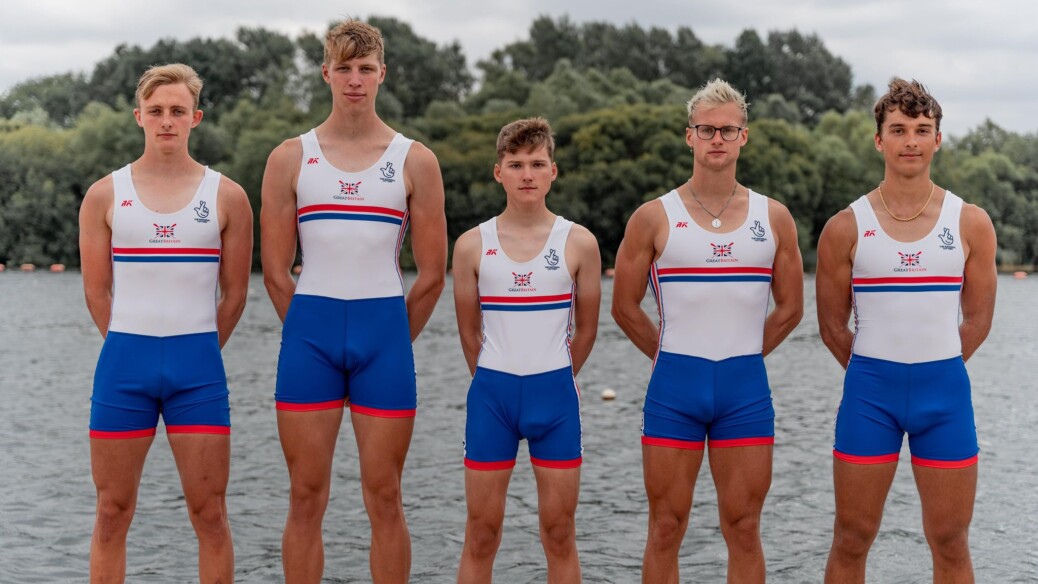 Robbie Prosser (second right), will be racing in a coxed four for Great Britain.