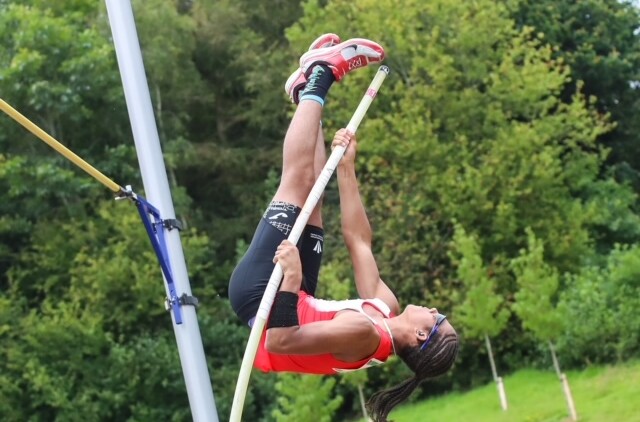 Talented athletes at Monmouth School for Boys have been starring on the national and international stage.
Aharon,15, captained the Welsh team and won a bronze medal in the pole vault at the 2022 Schools International Athletic Board’s (SIAB) Track and Field International in Belfast.
Henry and Harry also shone for the Welsh Schools Athletic Association team against the top athletes from English, Scottish and Irish schools in this prestigious competition.
This followed on from outstanding performances 14 days earlier at the Welsh Secondary Schools and Colleges Track and Field Championships in Cardiff, where Aharon bagged two gold medals and a bronze, while Henry took gold in the steeplechase and Harry won gold in the 1500m.
In addition, 17-year-old Rhys, another Monmouth School for Boys’ student, clinched bronze in the Senior 3000m.
In Belfast, Aharon, Henry, aged 16, and Harry, aged 15, were part of a 63-strong team chosen from 40 schools across Wales with Aharon this year’s male team captain.
Aharon gave an excellent speech, “one of the best ever,” according to the Welsh Schools’ team leader.
Aharon took bronze in the pole vault with 3.85m as the Welsh Schools’ athletes achieved a tally of 13 medals, which included five golds and was their best overall total since 2018.
Aharon cleared his opening height of 3.65m on his first attempt and passed the next height of 3.75m. He then cleared 3.85m on his first attempt, an outstanding clearance with at least 20cm to spare. 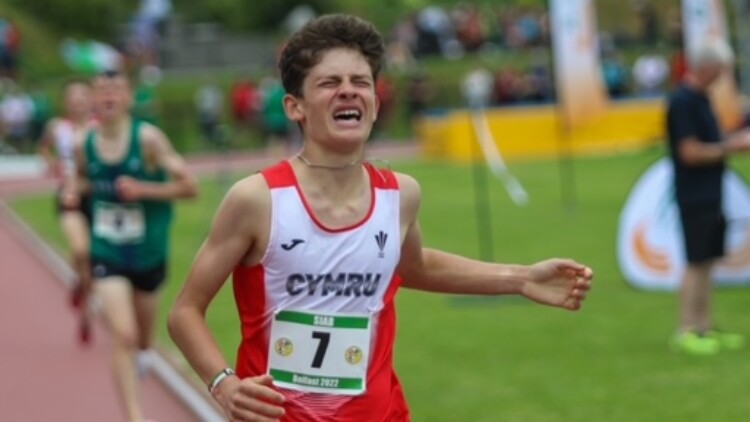 In a high-quality field in the 1500m, Harry finished eighth, just behind the other Welsh competitor, in a personal-best time of 4:15.18 minutes.
Henry’s steeplechase was the last individual event before the relay, and the youngster moved through the field smoothly to finish in fifth position overall.
Henry closed with an excellent last 300m, clocking a 10-second personal best of 4:27.96 minutes. His time is believed to be the fastest by a Welsh steeplechaser at SIAB since 2012 and in the top 25 of all-time by a Welsh Under-17 athlete.
Previously, in Cardiff, Aharon recorded a three-medal haul, firstly winning the 400m hurdles in a personal best time of 59.92secs.
Aharon’s hurdles event clashed with the pole vault which he, technically, won with his first clearance of 3.50m.
Whilst Aharon was vaulting, Rhys took third place in the Senior 3000m in a time of 9:46, which was very close to his personal best.
Harry cruised to victory in the 1500m in a personal-best time of 4:16 after overtaking the long-time leader in the last 150m, while Aharon cleared 4.00m for the first time ever in the pole vault.
In the steeplechase, Henry struck gold by just 0.02 seconds in a thrilling finale after overcoming a fall on the second water jump and misjudging the final hurdle.
Aharon rounded off a memorable day for the Monmouth schoolboys when he helped South-East Wales Schools to a bronze medal in the 4x100m relay.