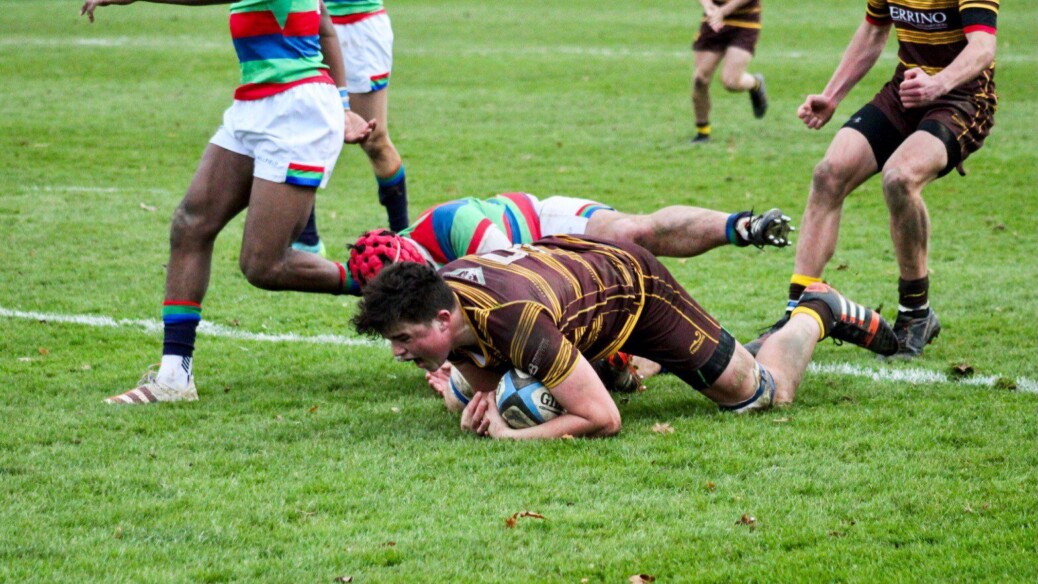 Second row Seth powers over for a second half try against Millfield. Picture: Thomas

An injury-hit Monmouth School for Boys 1st XV can hold their heads high after a converted try in the final play of the match gave Millfield a narrow 19-14 win in the 2021 SOCS Daily Mail Schools Trophy.
It was another hard-fought and compelling first-team fixture between the old rivals and the Monmouth boys deservedly led 14-12 heading into the closing seconds of the home match.
The boys have had to deal with injuries, with around seven key players struggling or on the sidelines, and Millfield fielded some of their wider squad to make sure the teams were well matched.
Monmouth started on the front foot and hooker Freddy crashed over from close range, with Henry adding the conversion, to put the hosts 7-0 ahead.
Despite working hard in defence early-on, Millfield hit back with a thrilling length-of-the-field score from their fly-half, who seized upon a loose kick to score a superb individual try.
Millfield grew in confidence and added a second try before the interval to open up a 12-7 advantage at the break.
The second half was very tight with both sides looking to add to their try tallies, in an exciting match, watched by a large and enthusiastic crowd.
Monmouth kept pressing and looked to have struck the crucial blow with just five minutes remaining.
Second row, Seth, dived over the Millfield line for Monmouth’s second try, which Henry converted, to sweep the hosts into a 14-12 lead. However, Millfield refused to give up.
With the clock having turned red, the visitors laid siege towards the Monmouth line and their pressure eventually told in a pulsating finale.
Millfield’s last-gasp close-range try, which was converted, broke Monmouth’s hearts but the boys should be very proud of their work-rate, sportsmanship and battling efforts.
The 2nd XV home fixture was also a thrilling spectacle and, remarkably, Millfield scored in the final play of the match to seal a 22-21 victory. 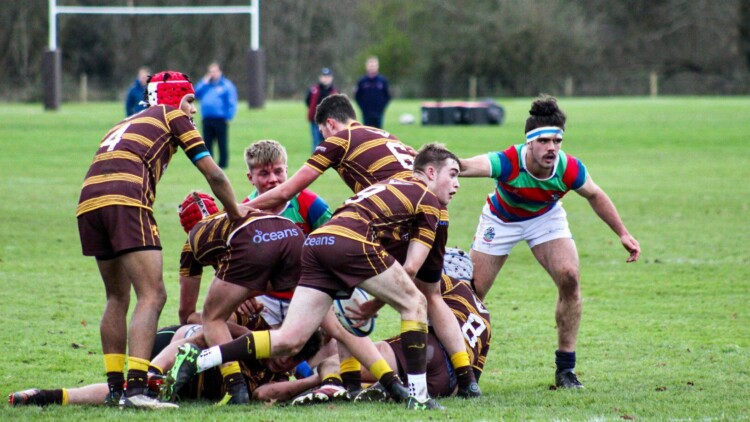 Monmouth School for Boys put up a brave fight against Millfield. Picture: Thomas 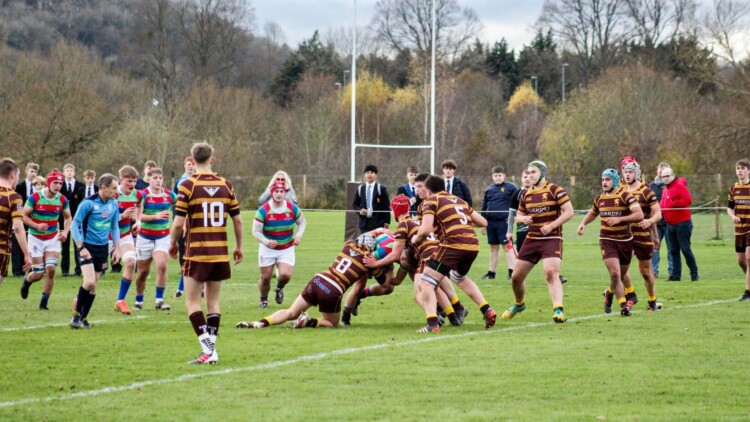