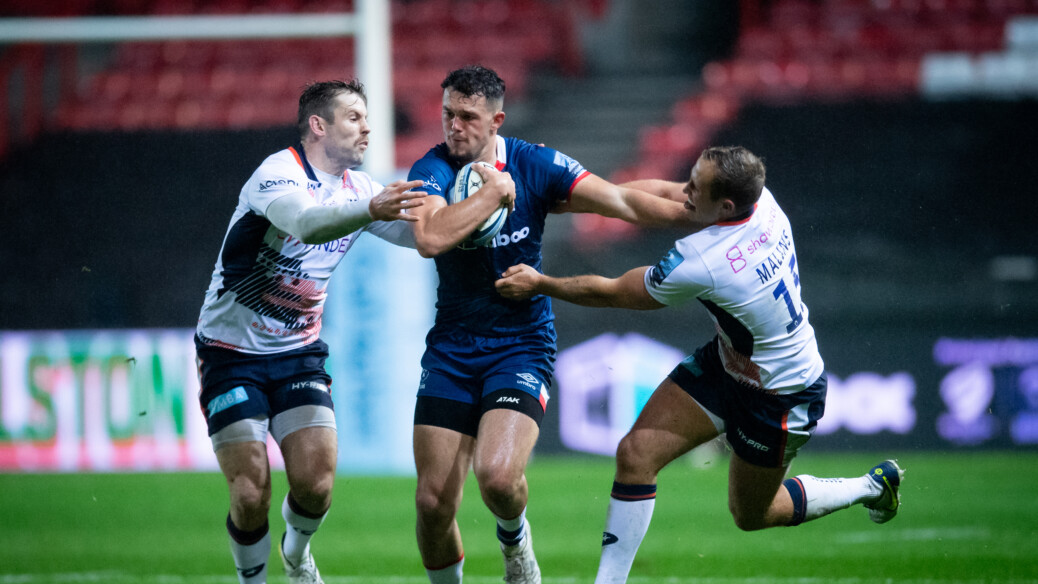 An Old Monmothian has marked his European rugby debut with a superb try – and an impressive win.
Joe Jenkins scored a first-half try as Bristol recorded a 19-5 win at Perpignan, a Top14 side in France, in the European Challenge Cup.
Earlier in the season, Joe became the youngest rugby player in history to start for Bristol Bears in a Premiership fixture.
Joe, aged 19, was last season’s 1st XV vice-captain at Monmouth School for Boys.
Joe cut his rugby teeth with Hereford RFC at Wyeside and made his first-team debut for Bristol earlier this year in a pre-season game against the Dragons at Rodney Parade in Newport.
Mr Paul Morris, Master in Charge of Rugby Coaching at Monmouth School for Boys, said: “Joe is outstanding ambassador for rugby at Monmouth School for Boys, has worked so hard and looks at home in this top-class environment for Bristol.”