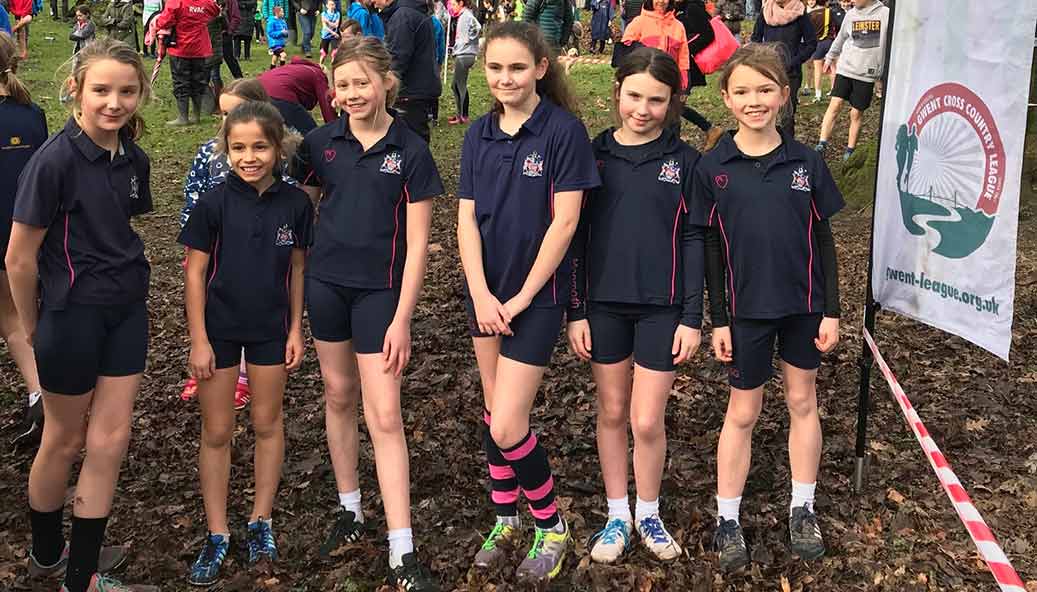 The junior runners at Haberdashers’ Monmouth Schools gave a good account of themselves in the penultimate Gwent Cross Country League fixture of the season at Pontypool Park.

In the novice girls’ race, Jess was the first Monmouth runner to cross the finishing line, coming 17th in 7:17, out of 108 finishers.

Kezia was 26th in 7:29, closely followed by Kathryn and Alice who were 45th and 46th respectively after both clocking 7:51.

The girls’ A team finished ninth on the day, totalling 306 points, to remain ninth overall. They trail eighth-placed Rhymney Valley AC by 21 points.

The girls’ B team have moved up to 29th after collecting 78 points.

Monmouth School Boys’ Prep’s A team bagged 338 points to finish fifth on the day and have climbed to fifth in the overall standings, just 31 points behind Newport Harriers.

The boys’ B team notched their highest points’ tally of the season, taking 13th spot on the day and moving to 15th overall.

Matthew was in excellent form for Monmouth, completing a tough course in 6:37 and finishing 13th out of 108 finishers in the novice boys’ race.

The fifth-and-final Gwent Cross Country League fixture of the season will take place at Blaise Castle in Bristol on Saturday 2nd March.