Footballers follow in footsteps of heroes at St. George’s Park 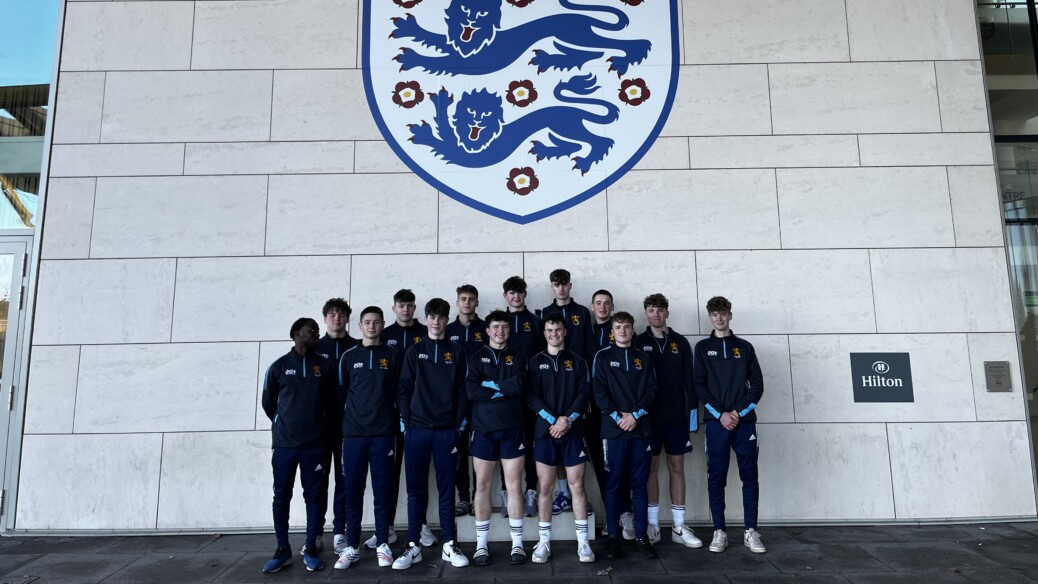 Footballers at Monmouth School for Boys received the red-carpet treatment, normally experienced by international stars, during an inspiring pre-season training camp at the home of England’s national teams.
The 14-strong Monmouth first-team squad had a brilliant three-day camp at St. George’s Park, the English FA’s state-of-the-art 330-acre site in Staffordshire, built in 2012 for £105 million.
The Monmouth boys trained on the David Beckham pitch and played a match in the fantastic indoor dome, putting in a strong second-half display to overpower Shiplake College, 6-2.
The boys stayed at the on-site Hilton hotel and the whole experience should give them plenty of confidence ahead of the new season, including their participation in The SWIS (South-West Independent Schools) League.
The SWIS League is accredited by the Independent Schools Football Association and runs during the Lent term, involving Monmouth, Clifton College, Malvern College, Sherborne School and Marlborough College.
“St. George’s Park was an incredible and inspirational experience for the boys and the coaches,” said Mr Mark Tamplin, Master in Charge of Football at Monmouth School for Boys.
“From a coaching point of view, we learned new tactical and technical drills that we will develop into our own coaching programme.
“At times, we were the only visitors on the site, and the boys got to use the Paul Gascoigne changing rooms. It really was a trip to treasure, and I am sure it’s something that the boys will never forget.
“They really enjoyed the four, two-hour training sessions, two of which were self-led by us and two led by FA coaches; they had post-training recovery sessions in the hydro-therapy pool, jacuzzi and in the strength and conditioning suite. They experienced the life of the elite international stars who use St. George’s Park.”
Mr Tamplin and the coaches were very impressed with the first team’s fine victory over Shiplake College that took place on the Sir Alf Ramsey Indoor 3G Pitch in the remarkable indoor dome.
Shiplake fought back from 2-0 down to level at 2-2 before the break. However, Monmouth turned on the style in the second period to hit four unanswered goals.
Noah (2), captain Tom, vice-captain Shemar, Ryan and Cian were all on the scoresheet for the triumphant Monmouth side.
Mr Tamplin said: “In the past, we have done our pre-season work at school in Monmouth. However, this was our first to St. George’s Park. It was incredible and the boys responded amazingly well, and we can’t wait for the new season to begin.”
He added: “Football at Monmouth School for Boys is in great shape with 100 boys set to play football for the school every Saturday, while more than 200 boys will be playing football during games lessons.” 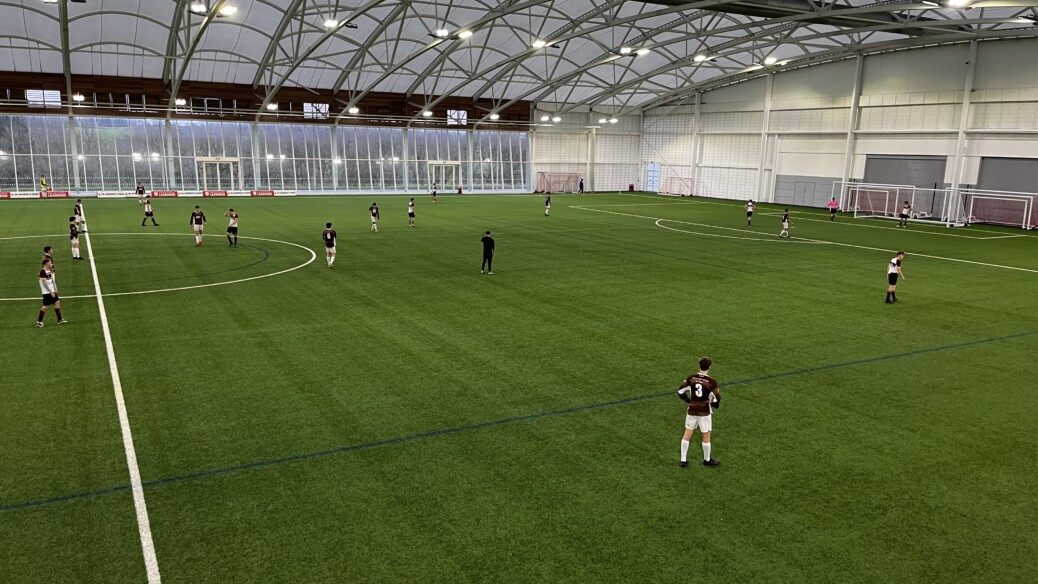 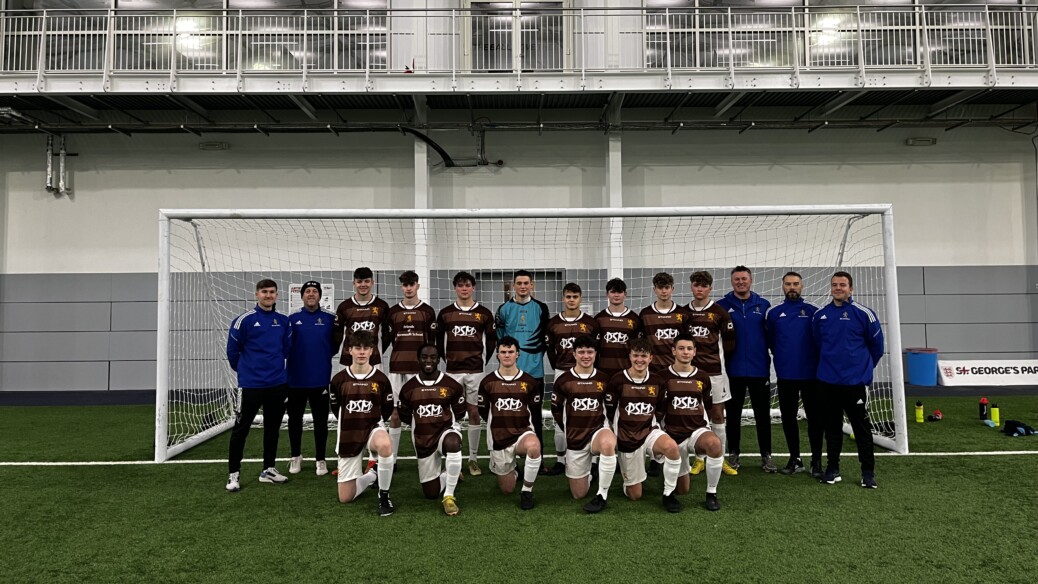 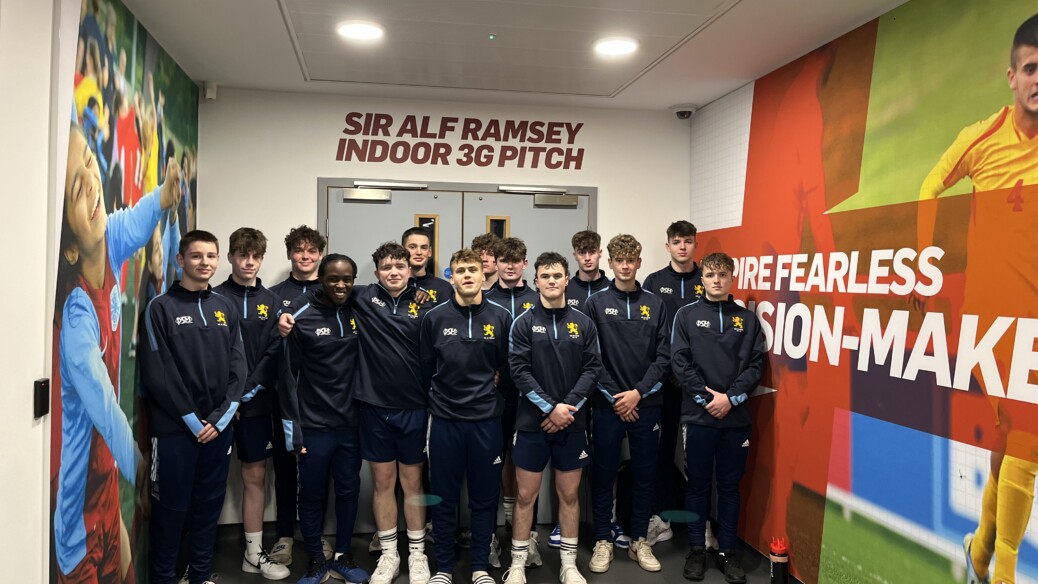