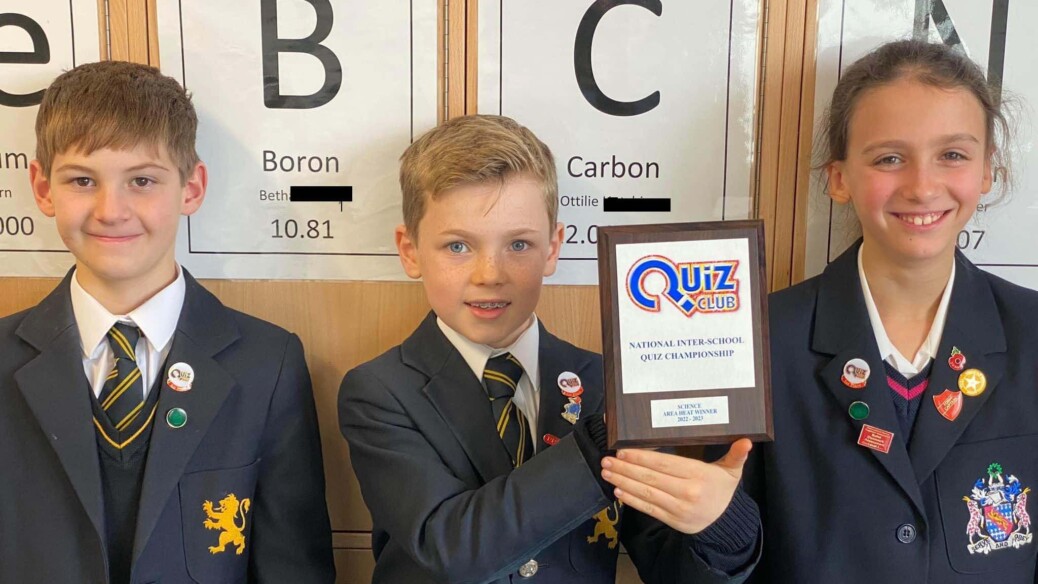 Budding scientists at Monmouth Prep School have soared into the semi-finals of a national competition.
Tristan (captain), Bethan, Llewi and Nye won the regional heat in Bristol to progress to the Quiz Club UK National Inter-School Science Quiz semi-finals.
Another Monmouth Prep School team held second place until the final round, before eventually coming an impressive fourth.
A third team also represented the school with pride, under the guidance of Dr Sion Wall, the Science Co-ordinator, and finished a very respectable 11th.