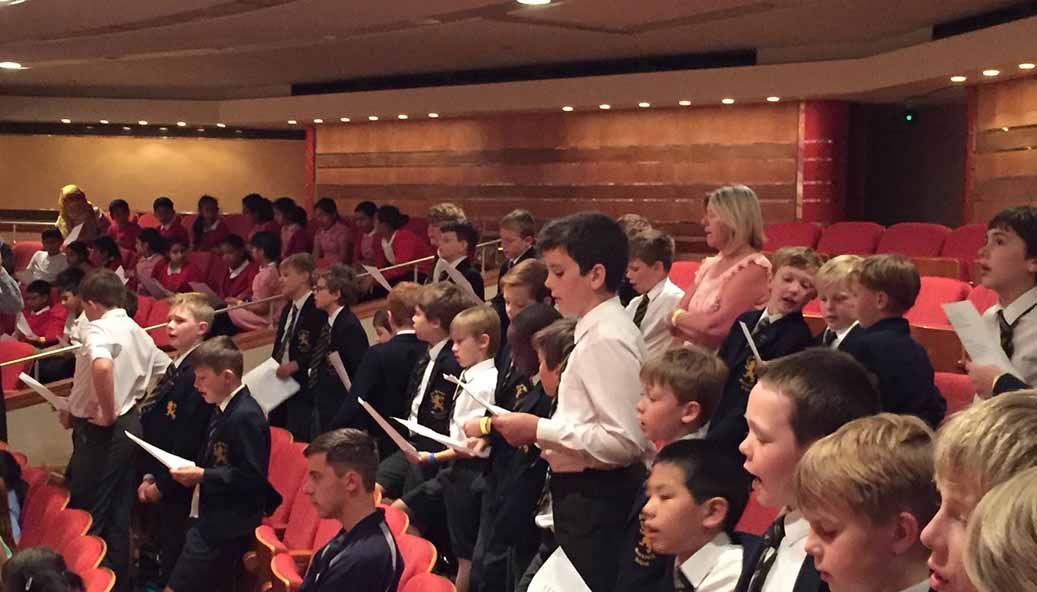 Young musicians at a Monmouth school have taken part in a singing workshop with the vocal coach from a popular television show and performed at Birmingham Town Hall.

The Grange Choir and five Year 3 pupils at Monmouth School Boys’ Prep had a memorable day at the annual Music for Youth National Festival in Birmingham.

The boys’ vocal workshop with Jennifer John, a creative dynamo who works for ITV’s The  Voice UK programme, was held in Symphony Hall – one of the best concert halls in the country.

The boys learnt a new gospel song, Love Sings, in the workshop and enjoyed singing and performing with other schools.

The choir then performed at Birmingham Town Hall, as part of the Fringe Festival, and gave an accomplished 10-minute set of folk songs from their Songs of Home concert.

Music teacher, Mr Joe Walton, said: “The choir had a fantastic and memorable day at the festival.

“These wonderful experiences are so formative and important to young musicians.

“Being around and performing alongside inspiring role models is a great motivating force for the future.”