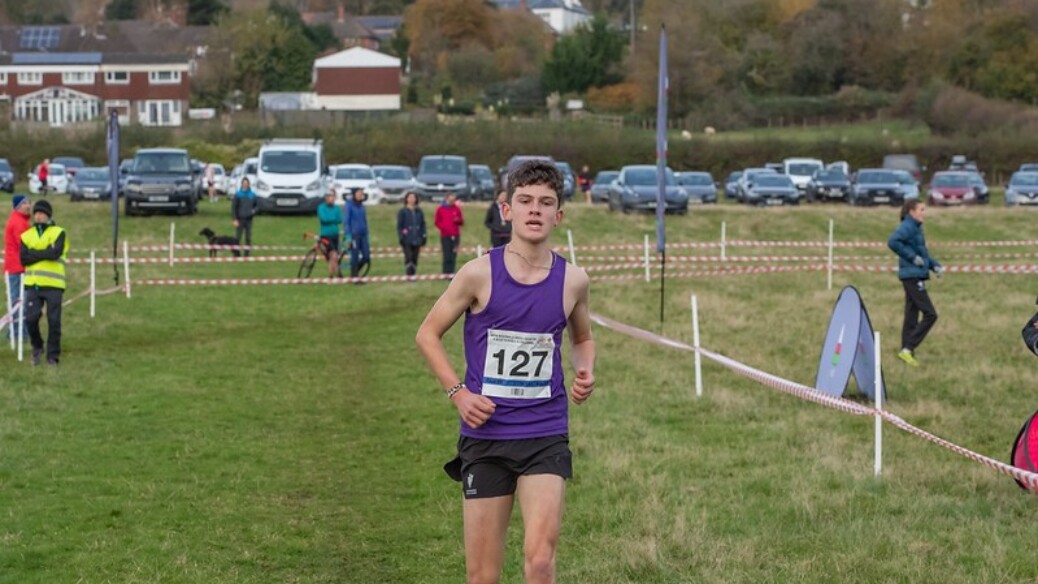 Henry, aged 16, stormed to two titles and was second overall in the event

A teenager has produced the best cross-country performance by a Monmouth School for Boys’ athlete for at least 35 years.
Henry, aged 16, stormed to two titles and was second overall in Under-17/Under-20 race, at the combined Welsh Inter-Schools/Inter-Regional Cross-Country Championships at Monmouthshire Showground.
The Sixth Form student also helped his senior team to a gold medal as he covered the fast and testing four-mile course at a remarkable pace of 5:12 minutes per mile.
Henry’s best cross-country race of his ever-improving career capped a memorable day for Monmouth School for Boys because the under-13 team also claimed a well-deserved team gold.
Hundreds of runners from all over Wales converged on the showground in Monmouth to represent their regions (North, South, East or West), their schools or both.
In the penultimate race of the day, Henry bided his time on the first of three laps, sitting at the back of the pack of almost a dozen of the best runners in Wales.
Midway through the second lap, Henry and Noa, a North Wales athlete, were clear in third and fourth places, around 40 metres behind the leading two.
In a thrilling finale, Henry caught the two leaders and eventually finished a clear second overall, just six seconds behind the UK Junior triathlon champion, Deri (North Wales).
Henry was ecstatic to defeat the best runners in Wales, winning both the Schools and Inter-Regional Under-17 titles by a 22-second margin.
School cross-country captain, Rhys, also had his best cross-country race at this level, finishing 14th.
With Oliver finishing 22nd and the all-important fourth scorer, Leo, taking 52nd, the quartet helped the school retain the Welsh title they had won at Brecon last year.
Earlier in the day, the impressive Monmouth Under-13 team led by John and Osian won a thrilling battle to defeat Ysgol Glantaf, by just three points, 67-64 (which equates to three positions) to claim the first of Monmouth School for Boys’ team golds.
John and Osian finished 26th and 32nd respectively and were supported by William, in 42nd, and Elliott, in 44th. All four boys represented East Wales as well as the school.
There were also fine performances from fellow Monmouth School for Boys’ pupils James (54th) and Edward (61st), who were running at this level for the first time.