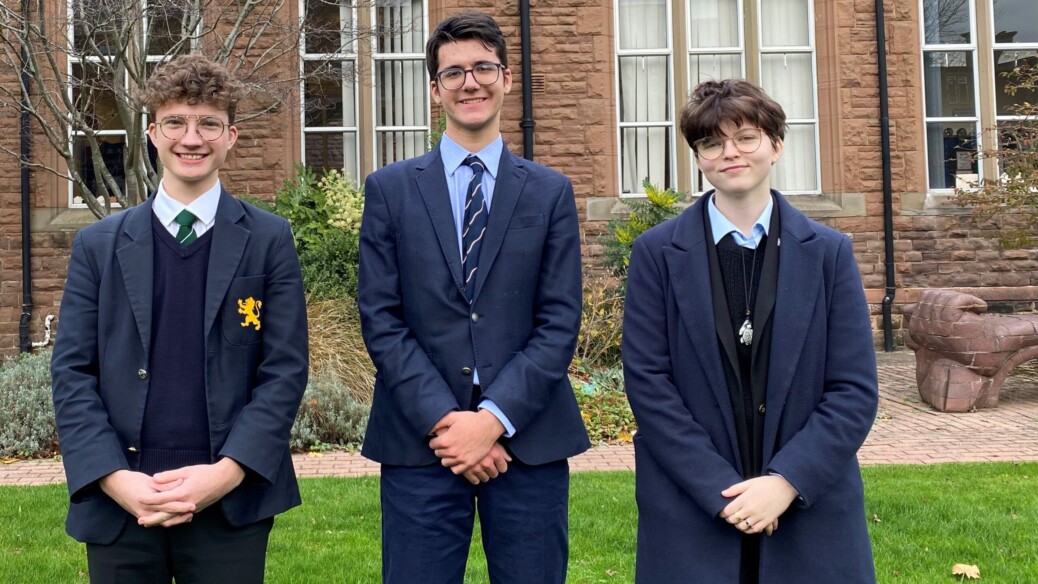 Three students at Haberdashers’ Monmouth Schools have scooped top awards in a national conference in London.

Model United Nations, also known as model UN or MUN, is an educational simulation in which students can learn about diplomacy, international relations, and the United Nations.

Matthew, representing Switzerland, won Best Delegate in the London Platform for Change where they looked into how disablism leads to societal inequalities.

Thomas, from Year 11, won Most Diplomatic representing Pakistan in the Social Humanitarian and Cultural Committee where they investigated ways of getting affordable technology in education in developing countries.

The trip was made possible thanks to £1,500 from the Thomas Arno Fund, a grant from the Haberdashers’ Education Foundation (HEF).

The delegation joined committees such as the United Nations Environment Programme, World Health Organisation, the United Nations Security Council, Office of the High Commissioner for Human Rights, Social Humanitarian and Cultural Committee, and the London Platform for Change.

Ms Bourne said: “Our students were absolutely fantastic and conducted themselves with great maturity. There were more than 200 participants so were delighted to win three awards.

“This was such a valuable experience for the students, many of whom had participated in the virtual conference last year and the training sessions which LIMUN had provided during the summer.”