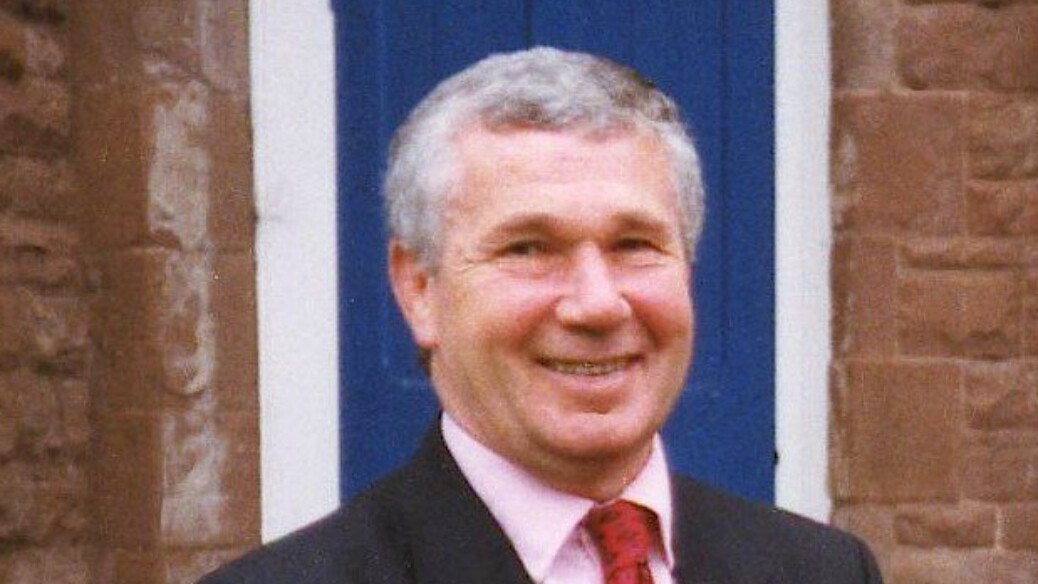 Peter Anthony joined Monmouth School for Boys in 1968 and inspired generations of students in his 32 years as a History teacher, Master in Charge of Cricket and a Housemaster

A much-loved former Acting Headmaster, Second Master and History teacher at Monmouth School for Boys has died, aged 78.
The long-serving Peter Anthony joined Monmouth to teach History in September 1968 and inspired generations of boys to study the subject at university.
Peter, who had the nickname of Pedro (from his initials PDRA), also shone in his role as Master in Charge of Cricket, as a rugby coach and as a Housemaster.
Monmouth School for Boys will be holding a memorial service in Peter’s honour at the school chapel on Saturday 26th March at 11am.
Headmaster, Mr Simon Dorman, said: “Peter was a long-serving History teacher, Housemaster, Second Master (preceding Mike Orton) and Acting Headmaster.
“He gave many decades of outstanding service to our school before retiring in 2000.”
An old boy of Plymouth College, Peter read history at Cambridge and gained a Diploma in Education at Exeter College Oxford. He joined Monmouth after teaching practice and a short stint at Harrogate Grammar School. In tributes that have poured in since Peter’s death, a recurring theme has been his reputation as ‘firm but fair’, always looking for the positive in the boys and many a wayward – or potentially wayward – pupil had (and still has) reason to be grateful for his directional nudge.
Guy Douglass said: “Pedro was a brilliant housemaster, who had an uncanny knack of walking into a room just as you were doing something you weren’t supposed to.
“He was also a fab cricket coach who really drove you on to catch better, bat better, bowl better and also loved joining in – he used to hit the ball as high into the air as he possibly could for catching practice: his enthusiasm for the game was contagious. Many happy memories.”
Tony Kear said: “There are very few people I have met in my life that I retained so much respect for – both throughout my time at school and after. His sense of humour belied so many attributes that made PDRA such a wonderful man and great company to be in.”
Daniel Rosser said: “He gave me a chance in 1992 when my mother died tragically. Without his and the school’s support I am would not be where I am today. I am very sorry to hear this sad news.”
While Peter retired from teaching in 2000, he remained an active member of the Monmouth community, serving as a committee member of the Old Monmothian Club and acting as friend and mentor for successive staff and Heads.
Despite a diagnosis of a debilitating lung condition, Peter would be seen regularly walking or using his mobility scooter around Monmouth with an oxygen tank in a backpack on his back.
He was always a very popular former member of staff at Speech Day or Old Monmothian events.
Peter is survived by his wife Judy and their three children.
Peter died peacefully at home on 27th December and his funeral service will take place at The Vale Crematorium in Fladbury, Worcestershire, on Monday 17th January at noon.