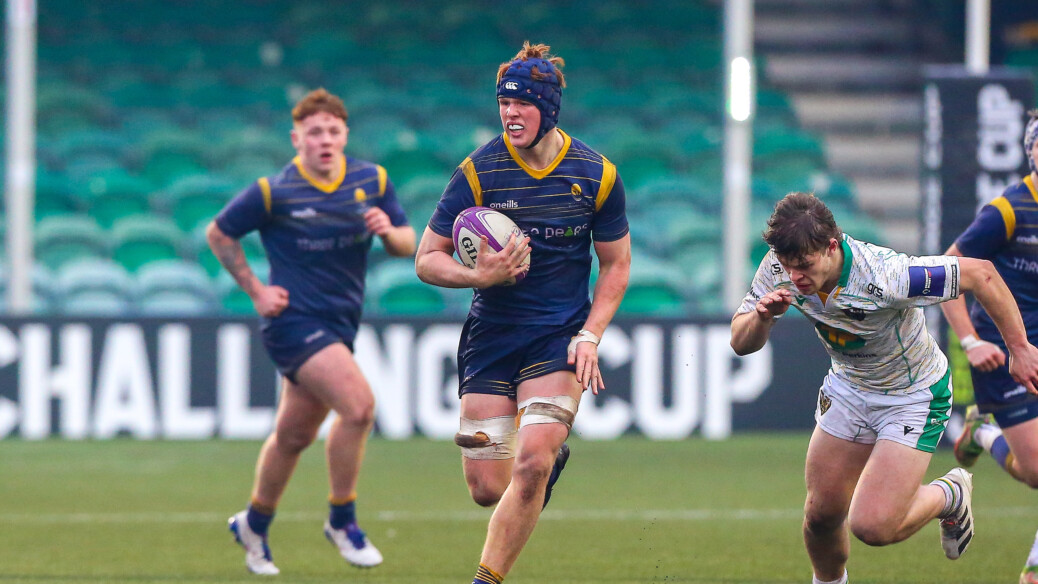 Former Head Boy, Theo Mayell, will be making his first-team debut for Worcester Warriors tonight (Wednesday 21st September) in the Premiership Rugby Cup against Gloucester at Kingsholm (7.45pm kick-off).
Theo, who watched Monmouth School for Boys’ 1st XV in their home win against Cheltenham College on Saturday, joined the Three Pears Warriors Academy this season.
Warriors begin the defence of the trophy that they won in thrilling fashion last term at London Irish.
Although Theo has played most of his rugby at number eight for the school and Monmouth Rugby Club, he can also operate at openside flanker. He will be wearing the number six shirt tonight.
This is exciting news for Old Monmothian, Theo, who lives near Ross-on-Wye and is a former Walford Primary School pupil.
He captained Warriors Under-18s in the Premiership Rugby Under-18 Academy League last term.
Theo was also selected to play for England Under-18s but was prevented from playing in the Six Nations competition after breaking his wrist while leading Monmouth School for Boys into the Vase semi-finals at the prestigious Rosslyn Park Sevens.