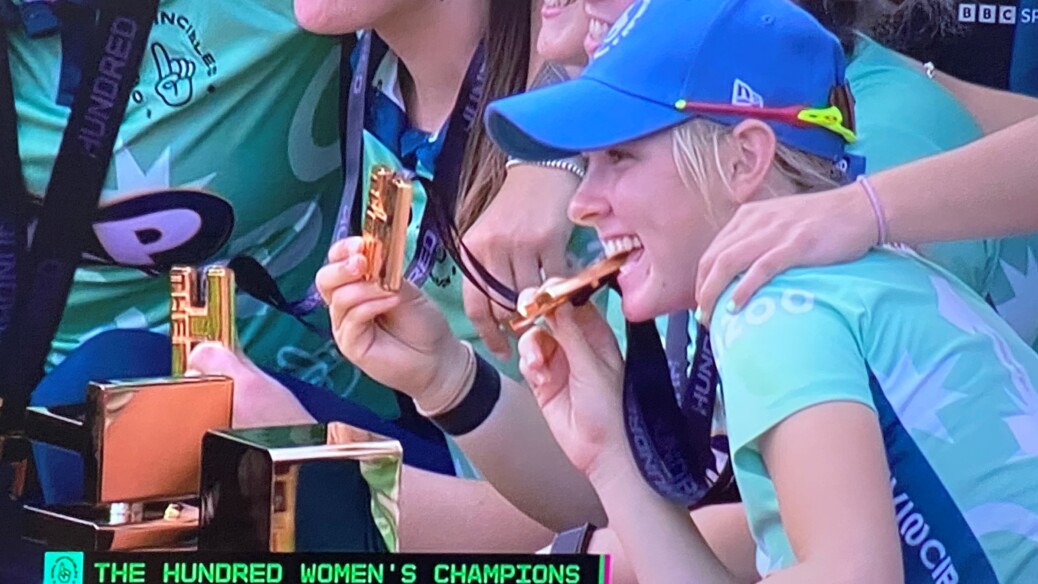 An outstanding cricketer at Monmouth School for Girls has won a showpiece final in front of 20,000 people at Lord’s – and gained national acclaim from the England captain.
Sophia 17, played an important role as the Oval Invincibles carried off the Women’s Hundred crown on Saturday night.
Sixth Form student, Sophia, was described as the ‘best young player of the tournament’ by the England women’s captain, Heather Knight.
Sophia was also tipped by Heather Knight to be a contender for the England Under-19s World Cup squad later this year.
She has taken another big step towards her dream of becoming an England women’s international.
Sophia, a left-arm spinner, bagged 1-25 off 20 balls in the BBC-televised final as she caught-and-bowled the Indian international star, Smriti Mandhana.
The Invincibles recorded a five-wicket win against Southern Brave with six balls remaining.
Headmistress at Monmouth School for Girls, Mrs Jessica Miles, said: “The trophy triumph capped a fairy-tale tournament for Sophia, who was a late call-up and dazzled throughout.
“She has been a fabulous role model for Haberdashers’ Monmouth Schools.
“It was incredible to watch Sophia perform so brilliantly during the competition. We are all so proud of her – and I know that she will have inspired many girls to take up cricket.”
Sophia, who is a member of Newport Cricket Club, was the youngest Welsh player in the women’s competition, which included a wonderful array of top-class stars.
“Sophia has been amazing,” Heather Knight told BBC Sport. “She has been the young player of the competition for me.
“She has really stepped up. I saw a little bit of her playing for Western Storm earlier in the season. “She manipulates her field well and bowls in the powerplay, which is difficult.”
Earlier this season, Sophia shone for Western Storm, the professional women’s team that represents South-West England and Wales, in the 20-over Charlotte Edwards Cup and the 50-over Rachael Heyhoe Flint Trophy.
Last year, Sophia became the first female cricketer in history to play for Monmouth School for Boys’ first team and also won the Coaches Player of the Year award in the Western Storm Academy.
In 2019, Sophia enjoyed winter training under the direction of the England Women’s Academy coaches when she was selected for the England Spin Bowling Group based at Loughborough.