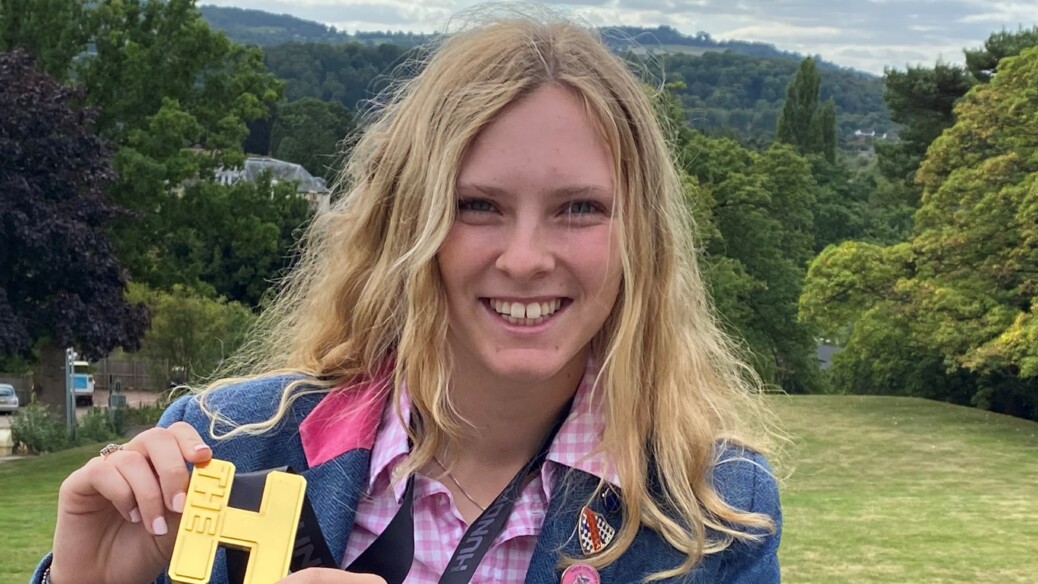 A Sixth Form student at Monmouth School for Girls has been called up to play for England.
Sophia has been named in the England Women Under-19 squad for the International Cricket Council (ICC) Under-19 Women’s T20 World Cup 2023.
It will be first time the best under-19 cricketers in England and Wales have come together from the women’s game to compete in an ICC Global Event.
Sophia, a left-arm spinner, dazzled for Oval Invincibles in The Hundred and took eight wickets as she helped her side win the final at Lord’s.
Sophia said: “I was so chuffed when I got the call. Ever since I first played cricket, I’ve always dreamed about playing for England.
“It will be a huge honour to wear the Three Lions on my shirt.
“I’ve worked really hard over the years to try to make my dream a reality, so I can’t wait to get going and, hopefully, bring the trophy home with the girls.
“This is a step in the right direction for women’s sport. This is the first inaugural women’s Under-19 World Cup, so it shows that the game is growing for girls and opportunities are growing exponentially.
“I hope that I can inspire the other girls at Haberdashers’ Monmouth Schools – and in the town of Monmouth – to take up cricket and follow in my footsteps.”
The World Cup will be hosted by South Africa with 16 countries competing between 14th and 29th January 2023.
In addition to the 11 Full ICC Members, there are five Associates in the competition – Indonesia, Rwanda, Scotland, the UAE and the USA.
England will be in Group B, alongside Pakistan, Zimbabwe and Rwanda.
Chris Guest, of Lightning, has been chosen as Head Coach following an open recruitment process. He will be assisted by Laura Marsh (Sunrisers) and Darren Franklin (Central Sparks).
Earlier this season, Sophia shone for Western Storm, the professional women’s team that represents South-West England and Wales, in the 20-over Charlotte Edwards Cup and the 50-over Rachael Heyhoe Flint Trophy.
Last year, Sophia, who is a member of Newport Cricket Club, became the first female cricketer in history to play for Monmouth School for Boys’ first team and also won the Coaches Player of the Year award in the Western Storm Academy.
In 2019, Sophia enjoyed winter training under the direction of the England Women’s Academy coaches when she was selected for the England Spin Bowling Group based at Loughborough.
Mrs Caroline Jones, Director of Sport, PE and Dance at Monmouth School for Girls, said: “Sophia’s achievement is outstanding and it is testament to her hard work and dedication.
“Following her exceptional summer, where she played against the top cricketers in the world, Sophia thoroughly deserves her selection.
“I hope Sophia’s achievement shows other pupils that dreams can come true.”