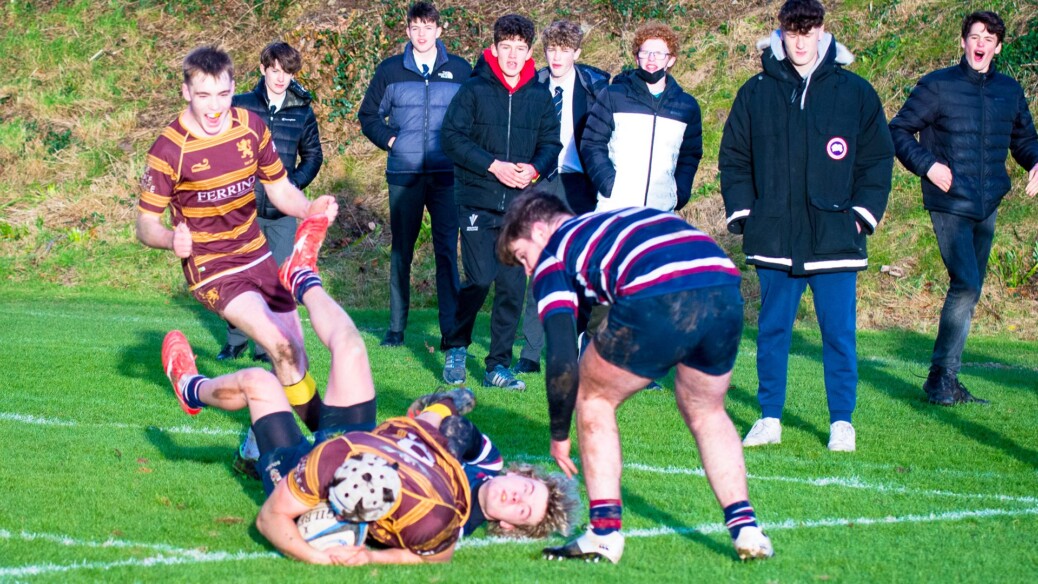 Freddy powers over to score Monmouth’s first try against Solihull.

Monmouth School for Boys 1st XV registered six tries in a comprehensive 38-5 home victory against Solihull in the SOCS Daily Mail Schools Trophy.
Otis snapped up two tries and Henry slotted four conversions to give Monmouth a comfortable success in wet and breezy conditions.
In a scrappy first-half with errors from both sides, Monmouth took advantage of a sloppy Solihull scrum when Thomas darted over to score.
Henry converted from the touchline, beginning what proved to be a memorable afternoon from the kicking tee.
A well-worked shortened line-out saw Freddy crash over from close range for Monmouth’s second try.
The rain hammered down after the interval and the slippery conditions made handling difficult for both sides.
Barney notched Monmouth’s third try from a-pick-and-go close to the visitors’ line.
Otis stretched Monmouth’s lead further with two break-away efforts as gaps started to appear against a tiring Solihull side.
Solihull continued to show spirit and, against the run of play, scored a try, which their efforts deserved.
However, Monmouth responded and Mason rounded off an excellent afternoon with the home side’s sixth try.
“The boys played well and then, as Solihull began to tire in the second half and as gaps opened up, we were able to run in some late scores,” said Master in Charge of Rugby, Mr Jon Despontin.
“The highlight of the second half was a try scored by Otis after several phases of play in the wet conditions.” 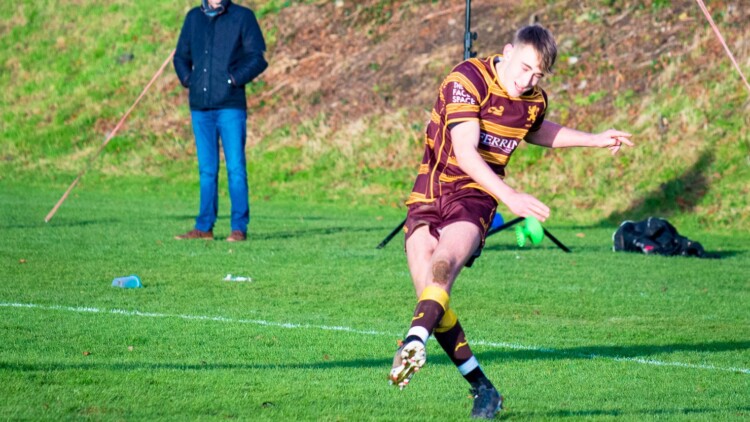 Henry had a fine match for the hosts, converting four of Monmouth’s six tries 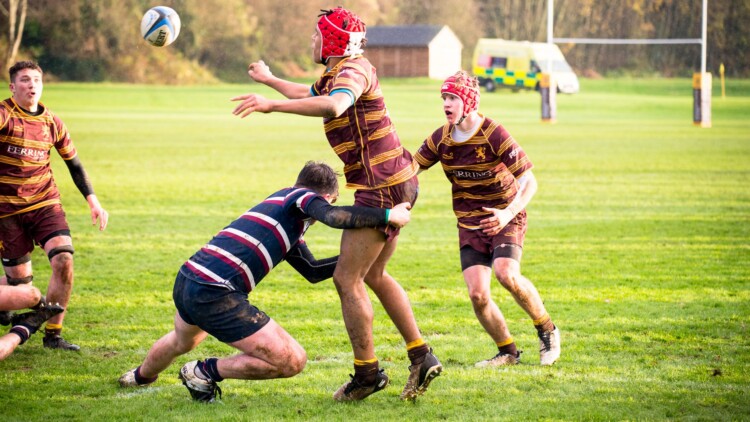 Otis, who scored two tries, makes a neat off-load in the win against Solihull