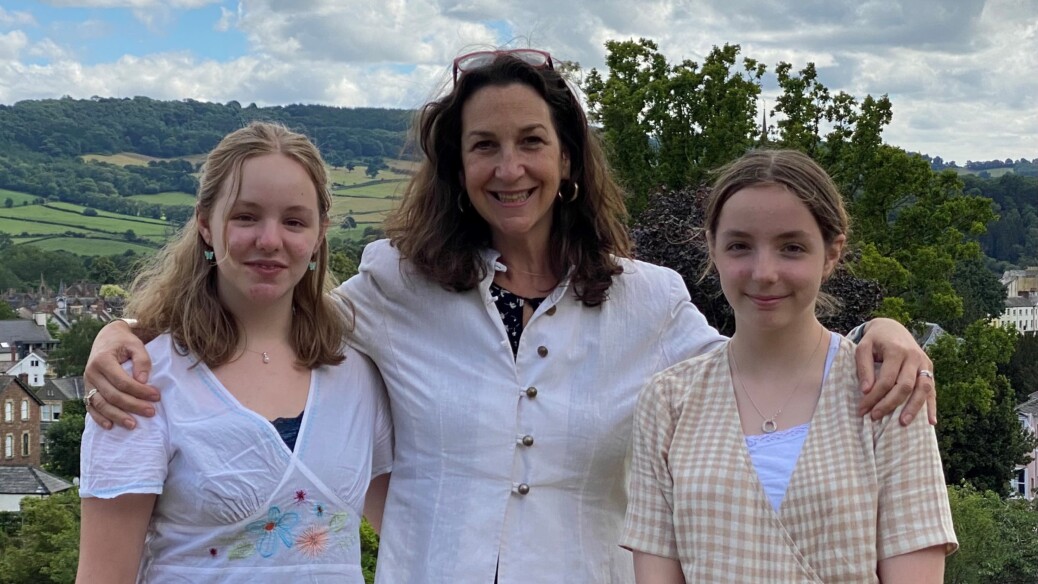 Two Monmouth students have been recognised with a global honour in the memory and legacy of Diana, Princess of Wales.
Teenagers Holly and Emily have been given one the of the highest accolades a young person can achieve in the UK for social action or humanitarian efforts – The Diana Award.
The students, from Monmouth School for Girls, were hailed at the 2022 Virtual Diana Award Ceremony on Friday (1st July) afternoon.
Established in memory of Diana, Princess of Wales, The Diana Award is given out each year by the charity of the same name to 200 young people across the UK and around the world supported by both her sons, The Duke of Cambridge and The Duke of Sussex.
The Diana Award is bestowed upon inspiring, courageous, compassionate young people, positively transforming the lives of others.
Emily and Holly have raised more than £185,000 for Cancer Research Wales in memory of their brother Tom, who died from acute myeloid leukaemia in June 2018.
Earlier this year, Holly and Emily scooped the Young Fundraisers of the Year honour at the Child of Wales Awards 2022 in Cardiff.
And, in June 2021, the Walker sisters received a UK Point of Light award, which is from the Prime Minister and recognises outstanding individuals who are making a positive impact in their community.
Holly, aged 16, and 14-year-old Emily had been put forward for The Diana Award by Mrs Jessica Miles, Headmistress at Monmouth School for Girls.
Mrs Miles, who hosted the two winners and their parents, Tim and Debbie, in her study for the ceremony, said: “Holly and Emily have been an inspiration to us all, at Haberdashers’ Monmouth Schools.
“Their positive and uplifting approach has been recognised by their fellow pupils and parents and galvanised a whole community to take part in fund-raising initiatives.
“They have both grown in confidence and maturity and their fund-raising has given them an important focus and clear goal during an incredibly difficult period of time.
“Holly and Emily remain driven to keeping their brother’s memory alive and their achievements have been supported by thousands of people who are all continuing to shine a bright light on Tom.”
The sisters’ amazing fund-raising efforts through sponsored swims, sings and hikes have led to the first research recipient of the Tom Walker PhD Scholarship taking up his post at Cardiff University.
The recipient, Theo Morin, has been carrying out PhD research into Acute Myeloid Leukaemia (AML), and whose discoveries and insights will benefit people with cancer across the country.
Tessy Ojo CBE, chief executive of The Diana Award, said: “We warmly congratulate Holly and Emily, and all our new Diana Award recipients from the UK and across the world who are changemakers for their generation.
“It is especially poignant as we remember Princess Diana 25 years on. We know by receiving this honour Holly and Emily will inspire more young people to get involved in their communities and begin their own journey as active citizens.”
Through a rigorous nomination process, Mrs Miles demonstrated the sisters’ impact in five key areas, including Vision, Social Impact, Inspiring Others and Youth Leadership.
The Diana Award is one of the few schemes accredited to the Gold Standard by The Independent Awards Standards Council.