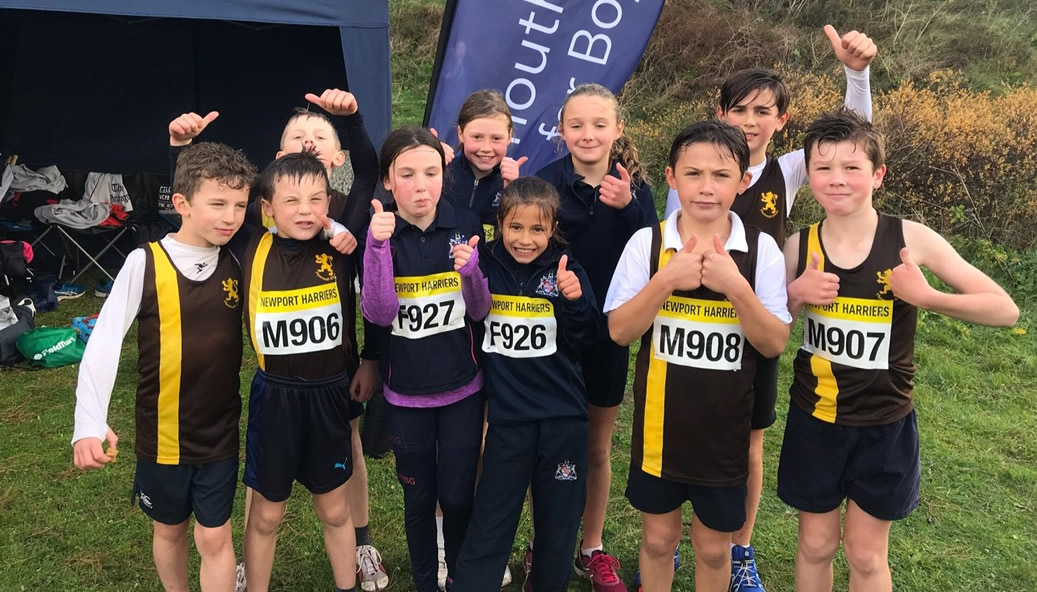 Matthew was the first Monmouth runner home in eighth, while Joshua was 11th and Rupert completed the A team’s scoring in 13th.

The Monmouth trio finished with a 32-point team tally, behind first-place Newport Harriers, with 20 points, and Brecon AC, the runners-up, on 21 points.

Seb was the first of Monmouth’s B team to cross the line in 16th place, closely followed by Thomas, 18th, and Freddie, 19th.

The Under-11 girls’ team at Haberdashers’ Monmouth Schools finished fifth in their section.

Jess led the way in ninth, followed by Alice in 16th and Kezia in 19th. Grace, who also ran for the schools, finished a respectable 20th.

A total of 124 athletes finished the Under-11 girls’ Gwent League race.

The Monmouth runners are now preparing for the third Gwent League fixture at Bryn Bach Park in Tredegar this Sunday (2nd December).