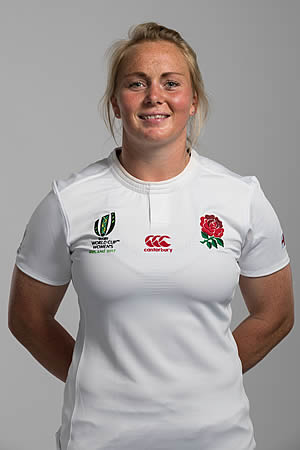 A former Monmouth student scored a try for England but could not stop New Zealand from winning the Women’s Rugby World Cup.

Izzy Noel-Smith, a former pupil at Monmouth School for Girls, came off the bench to score a late try in England’s 42-31 defeat to the Black Ferns in a thrilling final in Belfast.

She helped England to a 20-3 win against France in the semi-finals in Belfast on Tuesday night.

Izzy, 29, was used as a replacement, coming on for Marlie Packer just past the hour mark.

The Black Ferns thrashed USA 45-12 in their semi-final to seal a spot in the final.

Away from rugby, Izzy, who grew up in Herefordshire, is a trained primary school teacher who works in Bath.