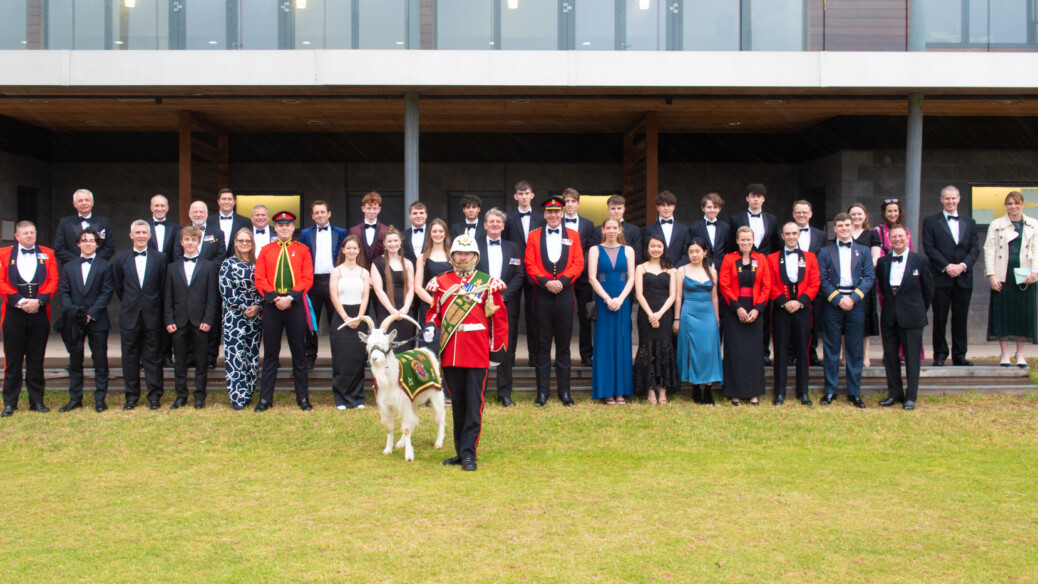 The Royal Welsh’s Regimental Goat, Shenkin, made a special appearance at the Haberdashers’ Monmouth Schools Combined Cadet Force’s black-tie dinner.
Shenkin, accompanied by Sgt Mark Jackson, joined the wonderful event for the schools’ Year 12 and 13 cadets, staff, Old Monmothians and guests, at The Hitchcock Pavilion.
Shenkin has just been promoted to Lance Corporal having successfully completed four Royal parades and this was his first parade in his new ranking.
Major Ian Lawrence, the event organiser, said: “Our black-tie dinner celebrated our close relationship with the Armed Forces.
“We invited officers from the Royal Welsh, Welsh Guards and the Royal Monmouthshire Royal Engineers and thanked them for their support to our training.
“We have a long tradition of success in producing leaders of tomorrow; many Old Monmothians go on to gain commissions.
“We invited Old Monmothians who had served and others who are still serving in the army and RAF to say thank you for their contribution to the defence of the UK and NATO.
“The dinner provided an opportunity for our Sixth Form cadets to meet members of the Armed Forces to talk about a career in uniform.”
The Royal Welsh provided a military band to play throughout the dinner, while its Corps of Drums gave a very impressive drum display.
Major Ian Lawrence added: “This was the first time that our Sixth Formers had enjoyed the Loyal Toast.
“We were superbly entertained by the Royal Welsh and shared a wonderful evening with many serving officers and friends of our schools.
“I would also like to congratulate Shenkin on his promotion. He quite rightly stole the show.” 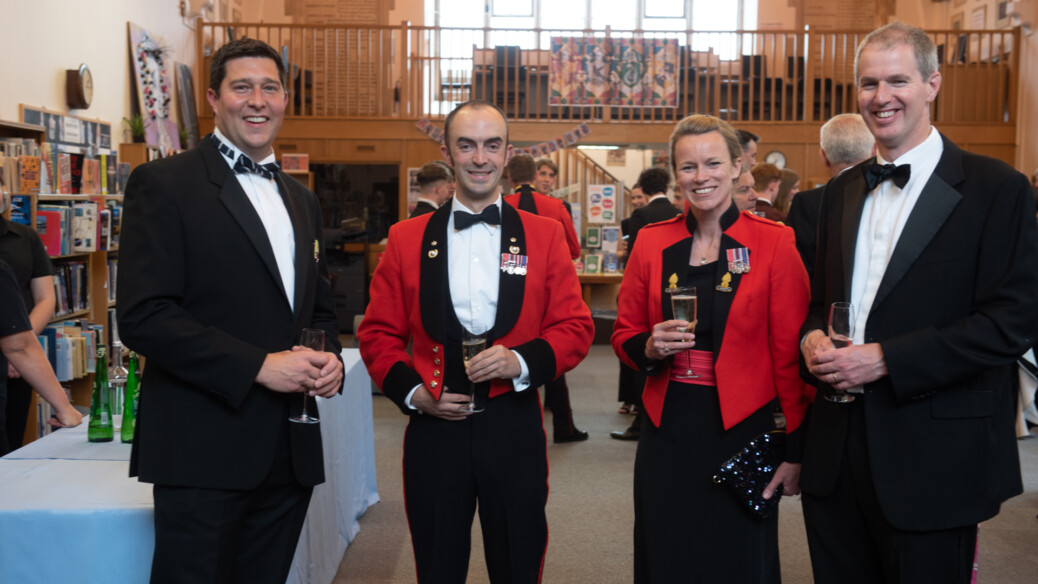