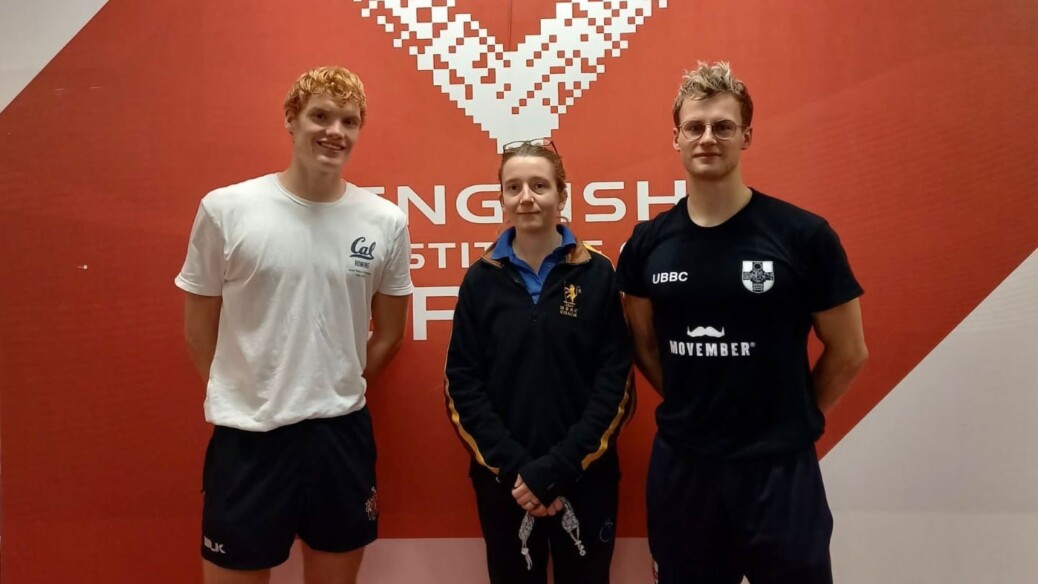 A top-class rowing coach at Haberdashers’ Monmouth Schools has been reunited with two familiar faces in a Great Britain training camp this week.

Louise leads the Strength and Conditioning training at Monmouth School for Boys Rowing Club and she gathered with the GB coaches to further her knowledge and expertise in this field.

It has been a special time for Louise because she was reunited with former Monmouth School for Boys’ rowers Iwan Hadfield and Robbie Prosser-Wrench.

Both Old Monmothians are making excellent progress in the long selection and trials process for the GB team aiming to race at the World Rowing Under-23 Championships in Varese, Italy, next summer.

Iwan is back in the UK for Christmas, having made it out to study at the University of California, Berkeley, where he is rowing with several Olympians from a range of nations in one of the strongest rowing programmes in the USA.

During the summer, Iwan clinched a bronze for GB at the Under-23 World Rowing Championships in Czech Republic.

He had previously won a bronze medal for GB at the 2019 World Junior Championships in Tokyo.

Robbie is continuing his studies at Bristol University and is making phenomenal progress with his own rowing performances.

“It is fantastic that we have someone of Louise’s ability in our coaching team and a huge credit to Monmouth School for Boys Rowing Club to see how we can prepare our boys for achievement at the highest levels beyond school,” said Mr John Griffiths, Master in Charge of Rowing.

He will be coxing one of the two OUBC Trial Eights on the Boat Race course, a huge achievement in such a competitive club.

Jack is hoping to be picked to cox either the Blue Boat or Isis in March against Cambridge University.