Remarkable swimathon in memory of teenager 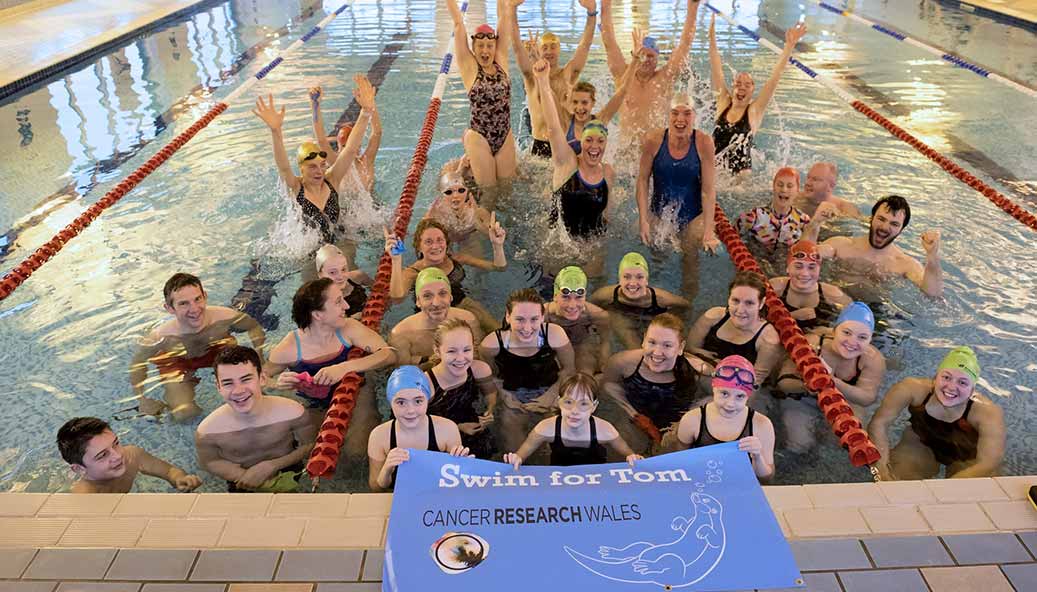 People in Monmouth and further afield joined together for a remarkable fund-raising activity in memory of a 13-year-old boy who died unexpectedly last summer.

Around 650 people, including Olympian Thomas Haffield and Wales Women Under-19s Lacrosse squad, took the plunge for the special 12-hour swimathon at Monmouth School for Girls on Sunday 6th January.

Supported by Cancer Research Wales, Swim for Tom was part of a major initiative to raise £100,000 towards a dedicated fund in the name of Tom Walker, a pupil at Monmouth School for Boys, who died of leukaemia.

And the inaugural event was an overwhelming success as adults and children of all abilities showed tremendous spirit to rack up a whopping 39,532 lengths, the equivalent of 988.3km or 614 miles.

The young children at Monmouth Schools Pre-Prep and Nursery held their own event, totalling an impressive 688 lengths towards the final total.

Katie said: “Everyone did their little bit and it was an incredible day. We had over 600 swimmers and 70 volunteers which was more than we anticipated. It was a day we will never forget.”

Tom’s parents, Debbie and Tim Walker, said: “It was an astonishing and special day for us. It was fantastic to see so many people of all swimming abilities and ages do their best.

“So many volunteers gave up their time to help and donations have more than doubled our initial target – so thank you to everyone.”

Tom was a keen swimmer for Monmouth School for Boys and Monnow Swimming Club and was also learning to row on the River Wye.

The Otter – named after Tom’s favourite mammal – was bought with funds raised by pupils and with money from Tom’s estate.

The boat will be used widely by school’s rowers in training and in competitions.

Tom’s dad, Tim, added: “All money raised will go to a dedicated fund named after Tom that will be used by Cancer Research Wales to fund research into leukaemia.”

Online donations for Swim for Tom have yielded more than £6,400 and can still be made via https://www.justgiving.com/fundraising/swimfortom