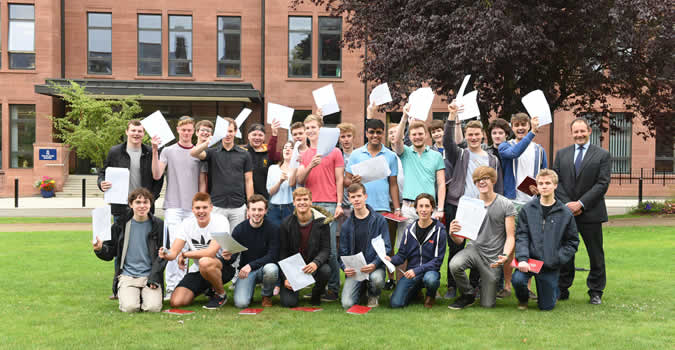 A level pupils celebrated a glowing set of results at the Haberdashers’ Monmouth Schools. The hard work and dedication of pupils and staff paid off with almost one in three students gaining all A* or A grades. 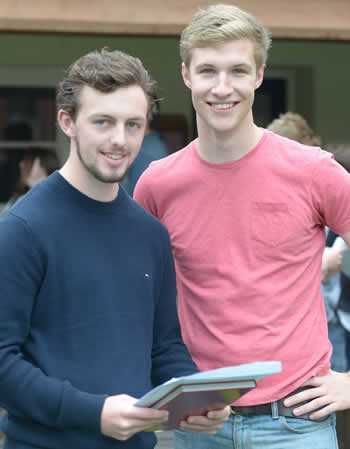 Monmouth School gained its second highest percentage of A* grades with 22.3% of all exams being awarded the coveted A* grade.  45.2% of exams were graded A* or A and four boys achieved an astonishing 4 A* grades with a further seven gaining 3A* grades.  The following pupils were awarded 4A*s and will take up their places at Oxford: Tim to read chemistry, James to read engineering, William to read mathematics and Ben to read physics.

Harri, Tom, Jamie, Matthew, Jordan, Joel and David all pulled off a hat-trick of A*s. Deputy Head Boy, Jamie, will take up his place to study English literature at King’s College, Cambridge. Ben gained 1 A* and 3 A grades to wrap off a summer which also saw him win a national computing competition as part of team Buoy, alongside Harri.

Dr Andrew Daniel, who has just taken up the post of Headmaster at Monmouth School, said: 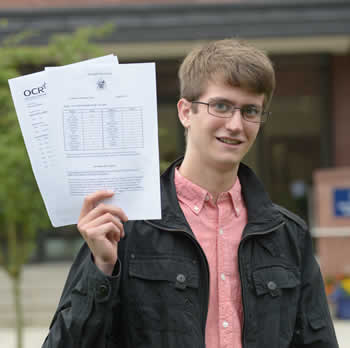 “Monmouth School boys can be hugely proud of the excellent set of A Level results that they have received today, and they have made my first week as Headmaster a very happy one!  The boys have worked extremely hard and made great progress in their final year in our School, and I thank the hard-working staff of Monmouth School for their caring and expert support.  No less than 29 boys achieved at least three A grades.  It is particularly pleasing that many of our high performers have also achieved excellence in a wide range of other activities at Monmouth School, with leading sportsmen and musicians receiving many top grades.  As our boys move into a wide range of exciting university courses they leave us as confident and assured young men.”