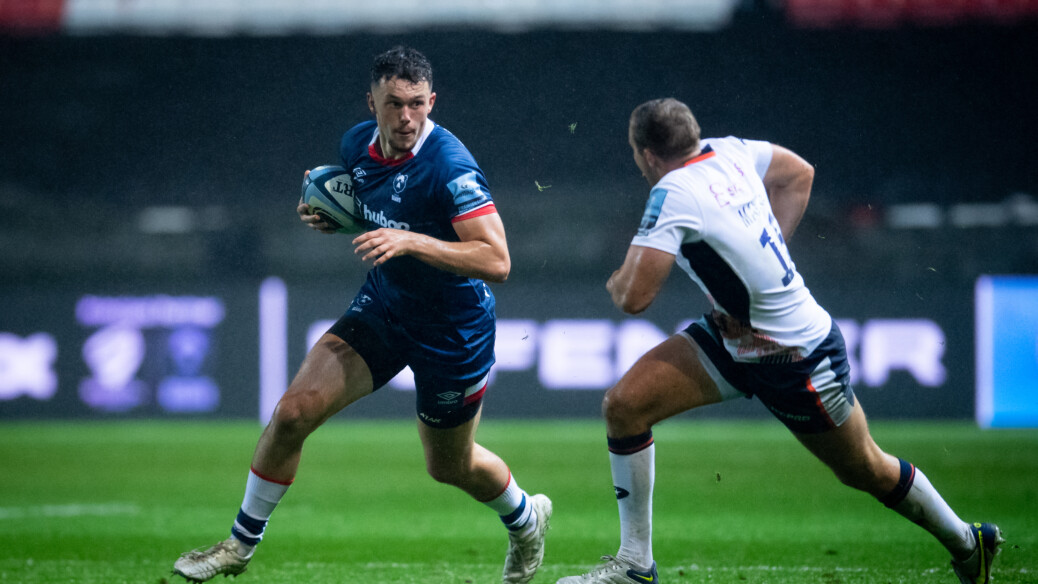 An Old Monmothian has been named in the England Under-20 Elite Player Squad for the 2023 campaign, ahead of the Under-20 Six Nations starting next month.
Joe Jenkins, who plays at centre for Bristol Bears, will now prepare for a Six Nations opener against Scotland on Friday 3rd February (7pm) at Twickenham Stoop.
To continue preparations ahead of the opening fixture, the men’s U20 squad will convene for a camp at Bisham Abbey National Sports Centre today (Wednesday 11th January).
The squad will play trial matches against Oxford University this Saturday (14th January) and then against Loughborough University on Saturday 21st January.
In addition to the Six Nations, England men’s Under-20 will compete in the World Rugby Under-20 Championship this summer.
Joe, aged 19, was last season’s 1st XV vice-captain at Monmouth School for Boys, and a Deputy Head Boy.
Earlier this season, Joe became the youngest rugby player in history to start for Bristol Bears in a Premiership fixture when he played against Saracens in November.
Joe is now part of the Bristol Bears Academy.
He cut his rugby teeth with Hereford RFC at Wyeside and made his first-team debut for Bristol in a pre-season game against the Dragons at Rodney Parade in Newport.