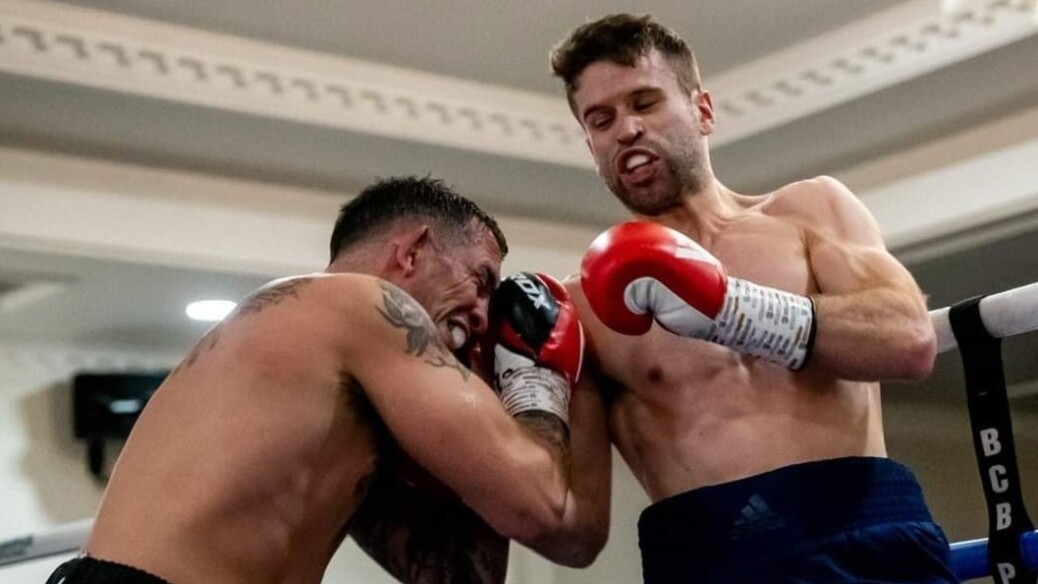 An Old Monmothian is gearing up for his third professional boxing bout later this month.
Liam O’Hare will be heading into the ring with Dwain ‘Cheeky’ Grant, a 38-year-old from Oldbury, who has 15 professional bouts under his belt, in Birmingham on Sunday 26th June.
“I have asked my manager for a challenge so, hopefully, it will be a cracking bout,” says Liam, a former student at Monmouth School for Boys, who also attended The Grange (now Monmouth Prep School).
At Monmouth, Liam boarded in New House and Buchanan, where he enjoyed playing the League of Legends game. He also spent a couple of terms at the Birmingham Royal Ballet (Elmhurst).
His third professional bout will take place at the Eastside Rooms in Birmingham. Doors open at 2pm on 26th June with the boxing action getting under way at 3pm.
Liam defeated Josh ‘The Bandit’ Hodgins in his second super middleweight fight in Birmingham, in February.
Previously, Liam overcame Kevin McCauley, a veteran of 248 bouts, on his professional debut in December.
Liam started boxing, joining the Lydney amateur club in the Forest of Dean, when he was a student at Monmouth. He is now a member of The City of Hereford Boxing Academy.
For tickets and more details about the fight, please contact 07388 237128 or email: liamjjoh@gmail.com