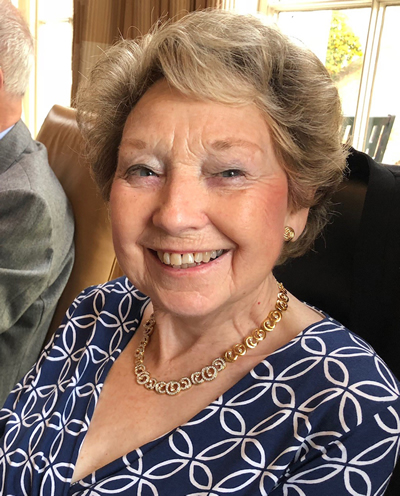 Mrs Nesta Williams has died at the age of 84.

A teacher who inspired generations of children through her love and passion for music has died at the age of 84.

Mrs Nesta Williams, who lived in Goodrich, Herefordshire, was a talented pianist who worked at Monmouth School for Girls for 23 years.

She arrived in Monmouth in 1971 and later became the Director of Music, staying with the school until her retirement in 1994.

As the Director of Music, Mrs Williams staged many musicals and adapted operas for children, including The Magic Flute, at Monmouth.

She worked closely with Mr Mario Conway, who has recently retired as the Director of Music at Monmouth School for Girls.

“Nesta will be remembered fondly for her elegance, kindness, positivity and warm smile,” said Mr Conway, a close friend.

“She introduced the Eisteddfod at the school which remains one of the creative highlights in the school calendar today.

“Nesta will be greatly missed by everyone in the Haberdashers’ Monmouth Schools family and in the wider local community where she was very active.”

Mrs Williams was devoted to her late husband, Mr David Leyshon, a former headmaster at Goodrich Primary and Junior School.

He was an established tenor and Mrs Williams accompanied her husband as he performed in the USA, Canada, Germany and Italy.

Nesta was a very accomplished pianist. She won a scholarship to Vienna at 16 but took up a place at the Royal Academy.

Her sister, Mrs Gloria Price, a harpist, said Nesta studied music under Richard Glass, who became her mentor, and she played piano at the Royal Albert Hall, Wigmore Hall and the Royal Festival Hall.

“Very few people knew how talented Nesta was because she never talked about it and she did a tremendous amount of charity work,” said Mrs Price.

After training as a teacher in Cardiff, Nesta became Head of Music at a school in Caerphilly, before taking up the same roles at Llandrindod Wells, Lydney and then Monmouth.

Mrs Price said: “Some of Nesta’s students still visited her at her house and one would come all the way from Hong Kong each year to make a special visit.

“Nesta had a wonderful rapport with her pupils and the feeling she had for music was brought out in others. She was actively involved at Raglan Parc Golf Club but music was her love.”

Nesta died after a short illness on 1st February.

Her funeral service will take place at St Giles’ Church in Goodrich on Saturday 17th February at 2pm. 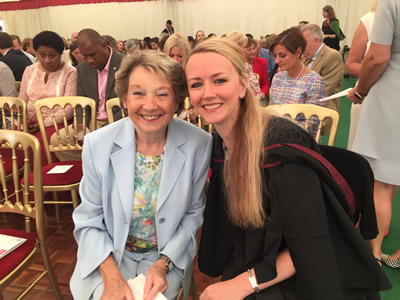