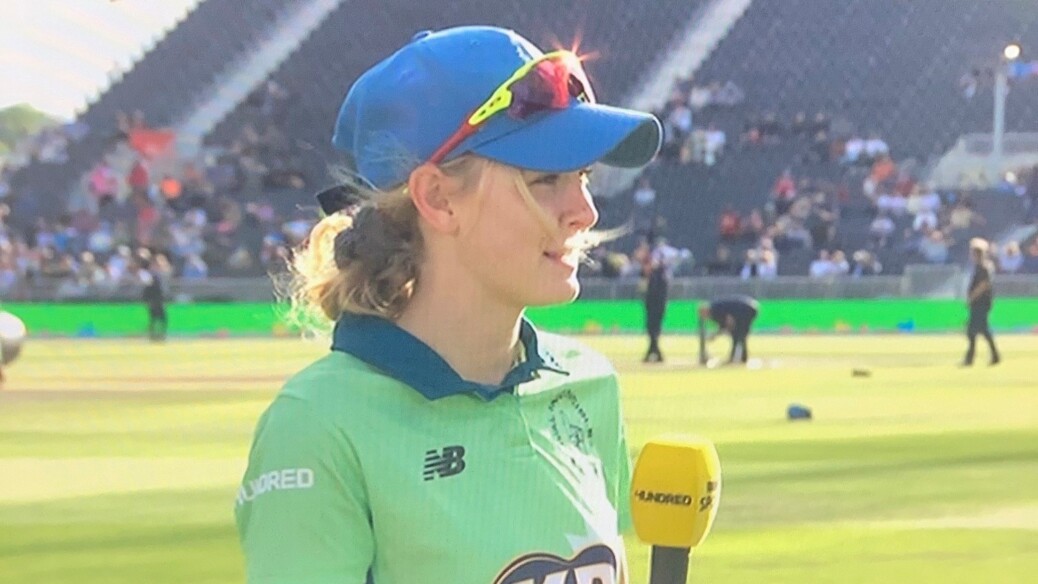 Teenage cricket ace, Sophia, is set to play at Lord’s in the final of the women’s Hundred competition this weekend.
The Monmouth School for Girls student shone for Oval Invincibles in a 32-run win against Manchester Originals.
Sophia, 17, opened the bowling and took 2-25 from 20 balls with her left-arm spin.
Oval Invincibles will face the winner of Friday’s eliminator, between Trent Rockets and Southern Brave, on Saturday (3rd September).
“I still can’t believe I’m here,” said Sophia, in a live television interview.
“Starting off with the Western Storm
academy earlier this year I wasn’t even expecting to play, so to get a call up for the first game in the Hundred and to get wickets is a dream come true.
“It’s such a big competition. It is nice to go out and show what you can do. There was never a doubt in my mind that I wanted to play professional cricket so to do it at such a young age, is amazing.
“I played my first game at Lord’s the other day and in the final my grandpa will be there and anyone who knows me, knows how much that means to me.
“It’s Lord’s, the best cricket ground in the world.”