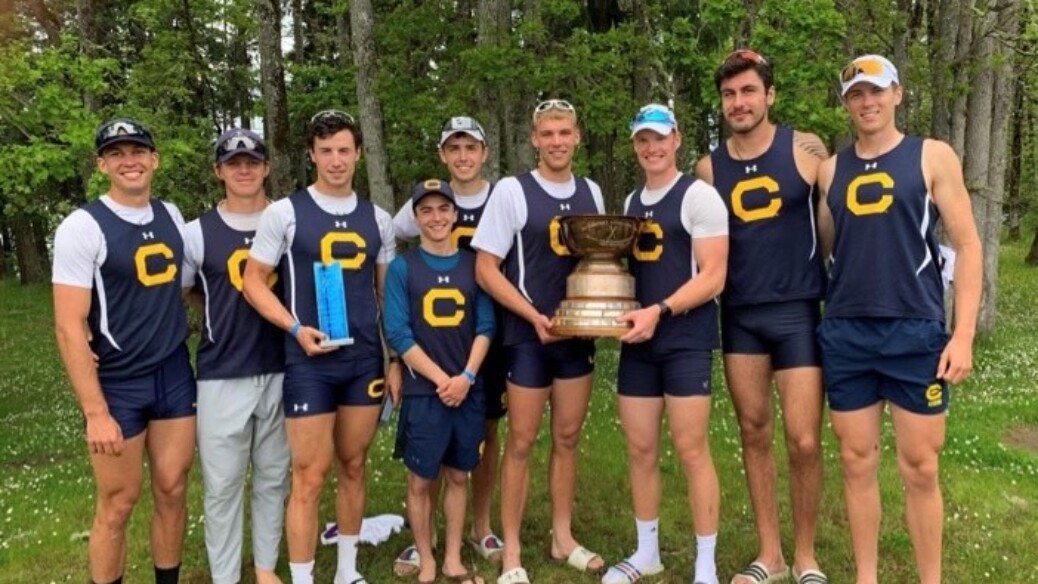 An Old Monmothian has enjoyed a meteoric rise in his USA university’s world-class rowing squad.
Iwan Hadfield stroked the University of California, Berkeley, 1st Varsity Eight to a dominant victory in the Pac-12 Rowing Championships in Oregon.
The former Monmouth School for Boys’ student, a sports scholar at Cal, has excelled in stoking the top boat this season, winning all their races.
Mr Paul Williams, Master in Charge of Rowing Coaching at Monmouth School for Boys, said: “University of California, Berkeley, is currently the top ranked crew in the USA and will head to the National Championships in two weeks; time hoping to beat Yale who recently won the East Coast Championships.”
Last summer, Iwan clinched a bronze medal for Great Britain at the Under-23 World Rowing Championships in the Czech Republic.
He had previously won a bronze for GB at the 2019 World Junior Championships in Tokyo.
“Iwan is likely to race for Cal at Henley in July and then, hopefully, a GB Under-23 crew in the summer,” said Mr Williams.
A fellow Old Monmothian, Robbie Prosser-Wrench, has been winning at a high level for Bristol University and is riding high in GB Umder-23 team trials.
OM Jack Tottem, who coxed Oxford University to a superb triumph in last month’s Boat Race on the River Thames, is also in fine form.
Jack raced in Split, Croatia, last weekend for Oxford, scoring another win over old rivals Cambridge as well as Imperial and several European universities.