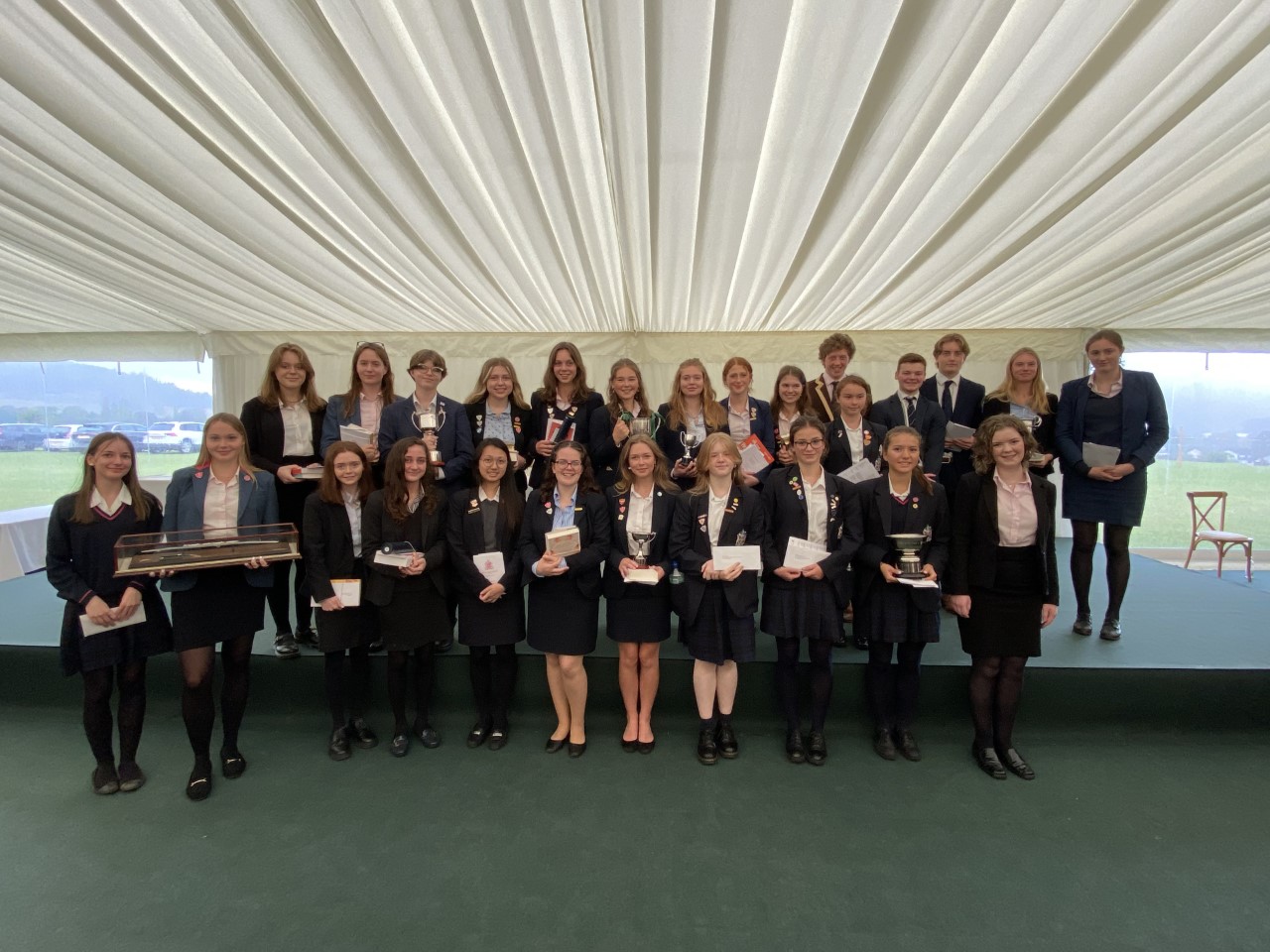 Students with their prizes at Monmouth School for Girls’ inspirational Speech Day and Prize-Giving.

The rain failed to dampen the spirits, during an inspirational and uplifting Monmouth School for Girls’ Speech Day and Prize-Giving on Saturday 2nd July.
Headmistress, Mrs Jessica Miles, spoke about resilience and brilliance in the school’s first in-person speech day since 2019, due to the pandemic.
Old Girls Pippa Edwards and her sister, Felicity Ashley, were guest speakers and spoke about their incredible achievement in battling extreme sleep deprivation, 40-foot waves and flying fish to row unaided across the Atlantic Ocean in just 40 days.
As part of The Mothership crew, Pippa and Felicity spent Christmas Day and New Year’s Day on the Ocean, maintaining a sense of humour and teamwork throughout and proving that no challenge is too great to overcome.
Head Girl, Freya, who joined the schools at nursery, cited the strong sense of community in the family of Haberdashers’ Monmouth Schools.
Mrs Miles highlighted the many individual achievements over the past academic year, ranging from charitable efforts to success in languages, mathematics, economics, chemistry and STEM competitions.
“Across Years 11 to 13 real resilience has been show during the last four months when assessment after assessment was followed by examinations,” said Mrs Miles, who praised the students for demonstrating empathy, support and thinking of others in many areas.
“In later months, we have seen the real brilliance return in our performing arts, from the dazzling dance show – Just Dance Again! in December to the mesmerising and moving Woman at the Well service at St Mary’s Priory Church.
“The music and singing raised the roof at the Wyastone Concert and Songs for a New World transported us to the West End stage with its unbelievably professional performances.”
Mrs Miles listed the many sporting achievements since September, including Welsh rally champions at under-15 and first team level in lacrosse; the under-18 national schools hockey champions and runners-up in the national schools’ under-14 championships; the outstanding netball triumphs and the continued growth and success in rowing.
“Cricket goes from strength to strength with seven players picked to represent Wales across the age groups and Sophia Smale, our first ever female in any sport, to be given a professional contract with Western Storm women’s cricket team.”
Mrs Miles added: “I am delighted that Lord Moynihan (Chair of Governors) recognises how important parity is within our schools and, as the schools move forward, I know that in all areas of school life, whether it be sport, performing arts or otherwise, our girls will continue have the same provision and opportunities.”
Imbert Terry was presented with The House Cup, while prizes were handed out for a variety of outstanding achievements in academics, art, sport and music.
Speeches were also made by Old Monmothian, Reverend James Power, The Master of the Worshipful Company of Haberdashers; and Lord Moynihan, Chair of Governors. 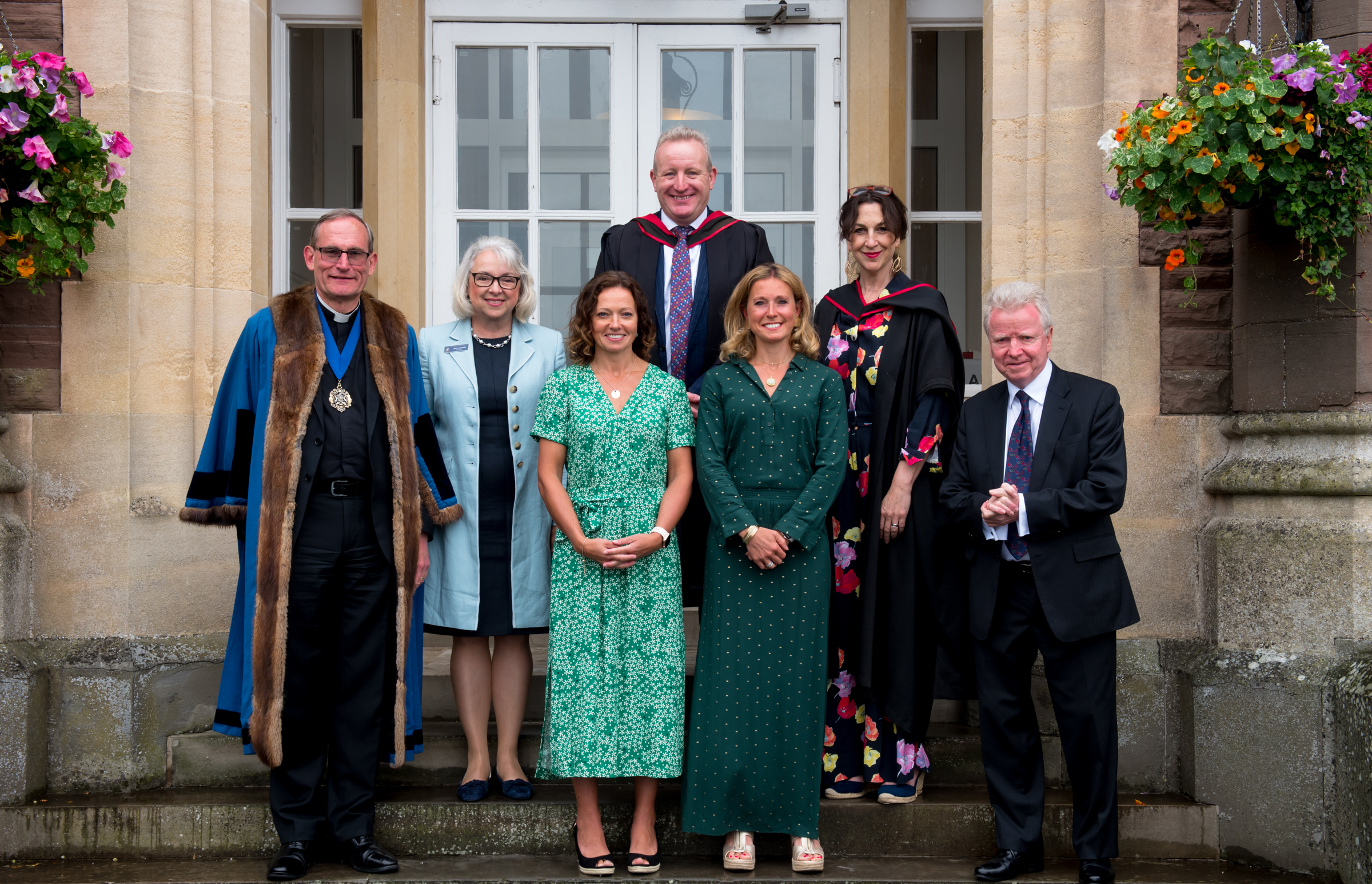