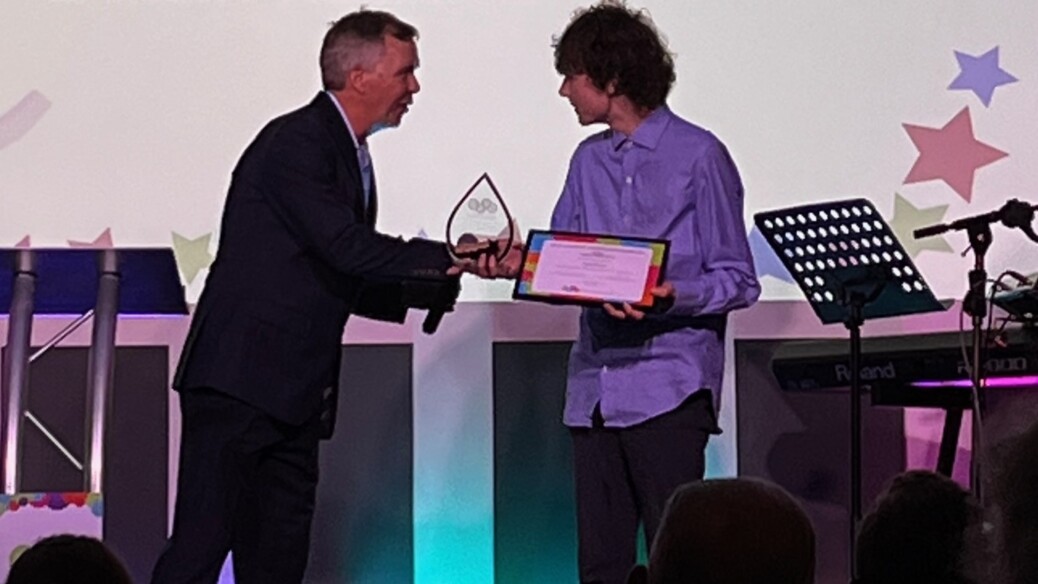 A caring Monmouth schoolboy, who is campaigning to reduce the number of gardening injuries to hedgehogs, has won two top regional awards.
Dylan clinched the Youth Award and the High Sheriff’s Award last night at the Monmouthshire Volunteer Achievement Awards 2022 in Abergavenny.
The 15-year-old pupil at Monmouth School for Boys had been nominated for his outstanding hedgehog work that hit national television screens earlier this year.
As well as receiving framed certificates and a glass trophy, Dylan, from Year 11, had a personal letter from the High Sheriff of Gwent, Malgwyn Davies Esq OBE CStJ.
In May, Dylan was filmed at home by BBC One’s The One Show for spearheading his hedgehog awareness campaign.
Over the past two years, Dylan has been contacting manufacturing companies to highlight the dangers to hedgehogs caused by gardening equipment.
Dylan’s appeals were recognised by a garden equipment manufacturer, Hyundai Power Products, which agreed that every lawnmower and strimmer coming off its production line would include a Be Hedgehog Aware sticker on it.
As part of his filming with The One Show, Dylan was interviewed by presenter Lindsey Russell, formerly of Blue Peter, and was joined by Grace Johnson, the Hedgehog Officer at Hedgehog Street.