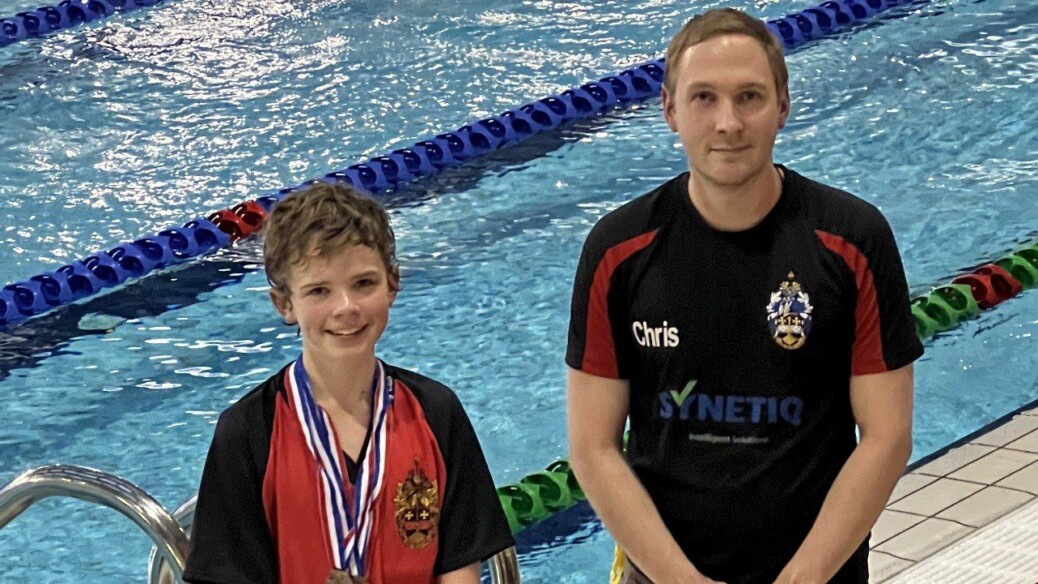 A student at Monmouth School for Boys has created a splash at a top swimming competition in Crawley.
Harry, from Year 7, won a silver and two bronze medals in the SPEEDO competition on Saturday 8th January.
Harry is a member of the MONACCS swim school and was selected to compete in the 11-year-old age category at the K2.
Harry is now ranked inside the top 10 regionally in three events and is focused on the Gloucestershire Counties next month, with the aim of making the finals.
It was the first time that the youngster had competed in an Olympic 50m pool. The day started off with Harry swimming strongly in the 50m freestyle, earning a bronze medal in a time of 34.87.
He delivered a well-planned racing process in the 50m backstroke, securing a silver medal in 41.53.
The day ended with a gruelling 100m freestyle where Harry took bronze with a time of 1:21.60.
Harry’s delighted swim coach, Chris Bennett, said: “Harry keeps going from strength to strength.
“His race processes on the day were executed really well, with some tough swims earning him medals in every event. I am thrilled by his excellent performance in Crawley.”