Les Misérables is a big production – in any sense of the word. Soaring music; complex sets and emotive characters, it needs performers of some stature and maturity to do it justice.

Which is yet another reason why the Haberdashers’ Monmouth Schools’ production, directed by Miss Sarah Fowler and Mr Philip Griffin, was such an overwhelming triumph.

Toby, who played Jean Valjean, has to age the best part of 30 years from Act one to the finalé – not an easy task when you are still at school – but his performance had an assuredness and lightness of touch that made the transformations utterly believable.

And Angelika, too, gave a blistering performance of the tragic Fantine – despite being a mere 16 years old. Her range and acting ability was pitch perfect.

There were other fabulous turns from Matthew and Jemima as the Thénardiers; spinning from comic to sinister in the blink of an eye; from Oli as the tortured Javert; Christian as Marius; Alana as a very convincing Eponine; Carys as Cosette; Luke as bold Enjolras and Henry J, who sparkled as Gavroche.

But it’s somewhat unfair to just single out the prinicipals – the Blake Theatre stage was packed with an ensemble cast where each added to this stunning show – definitely much more than just a sum of its individual parts.

The music – with tunes that can bring a grown woman or man to tears – was ably provided by an orchestra of 15, including young cellist Anna and directors of music at both schools, Mr David Lawson and Mrs Amy Clouter.

Les Mis is a story of redemption and of love, set against the backdrop of the French Revolution.

It’s not a cheery tale and there’s not much in the way of a happy ending for many of the characters, but its themes of a nobility of spirit that transcends and good, if not conquering evil, confounding it at the least, have meant that the sung-through musical version, produced by the mighty Cameron Mackintosh, is 33 years old – and is the fifth most popular musical ever to play Broadway.

Which all means that the Monmouth students had some not insignificant shoes to fill – particularly as the likes of John Owen Jones; Michael Ball, Colm Wilkinson in it have performed in different productions over the years, and across continents, but the young people’s confidence, dedication and obvious delight were big enough, indeed, to make this a show to remember for years to come. 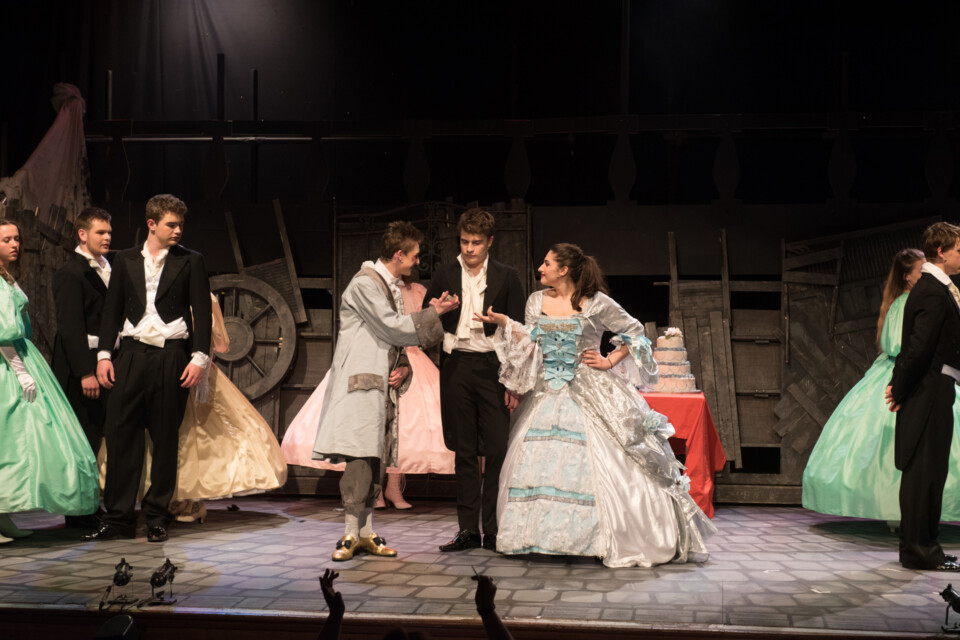 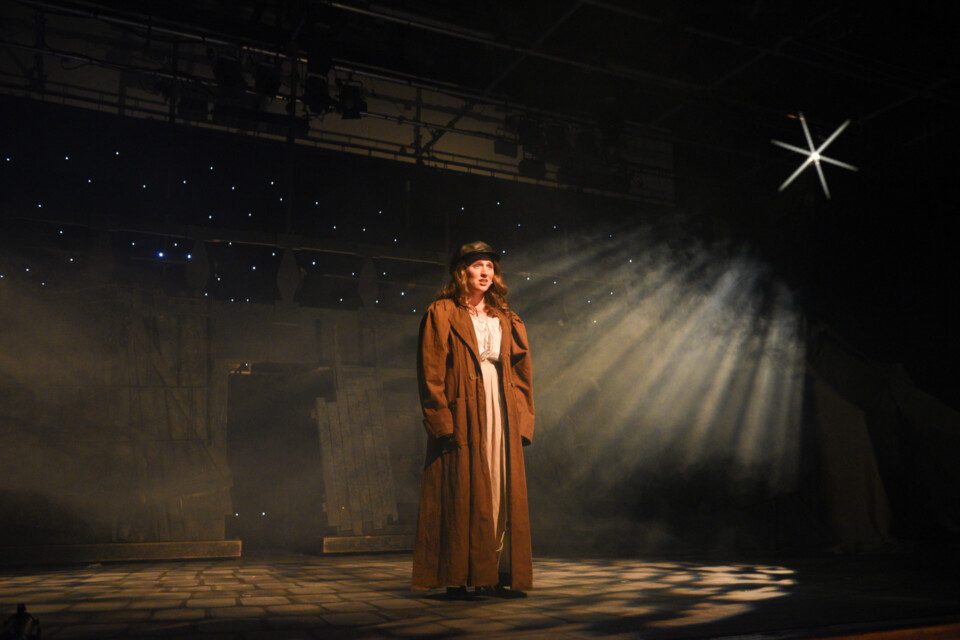 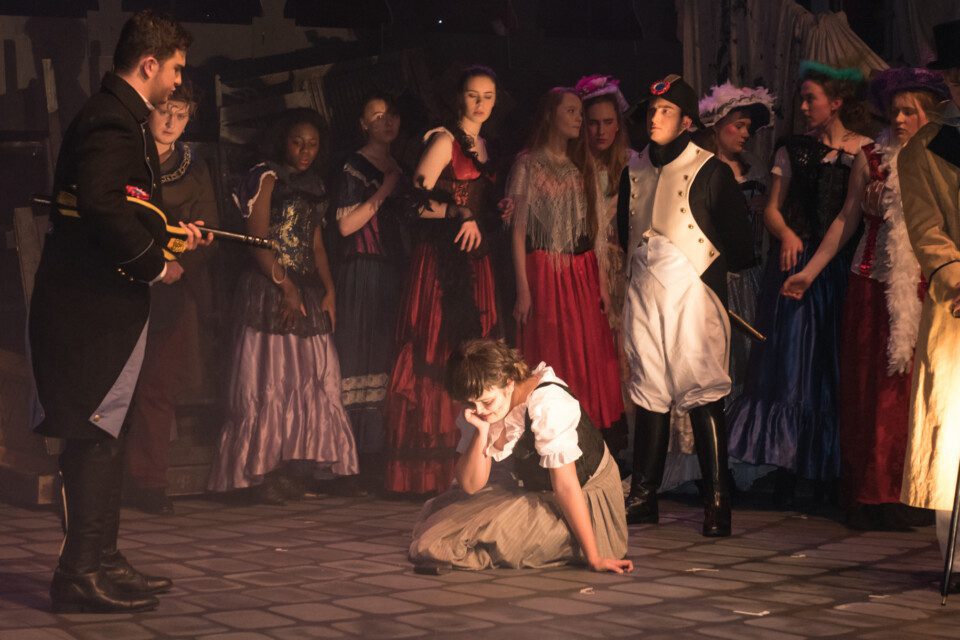 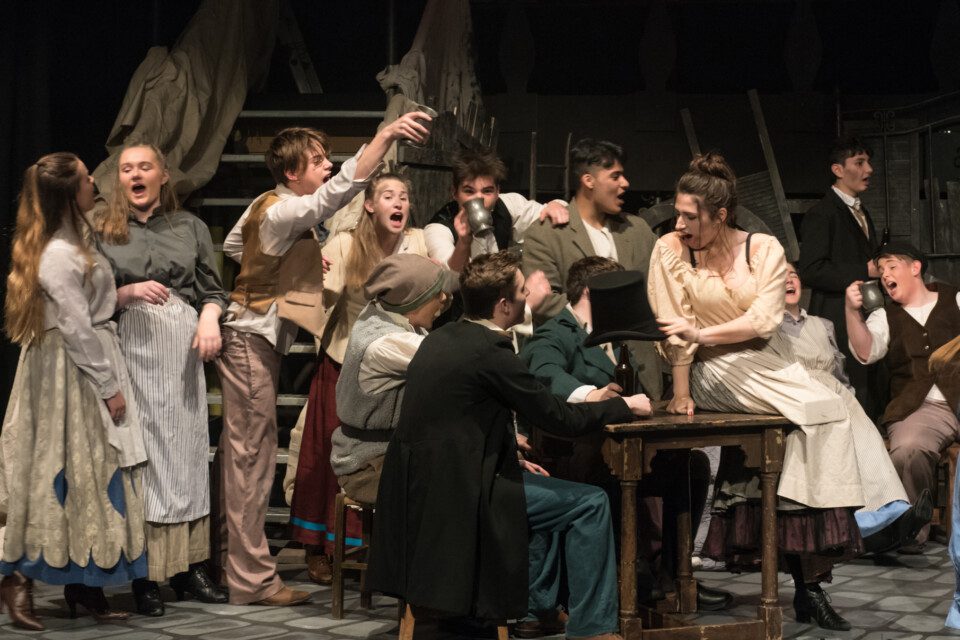 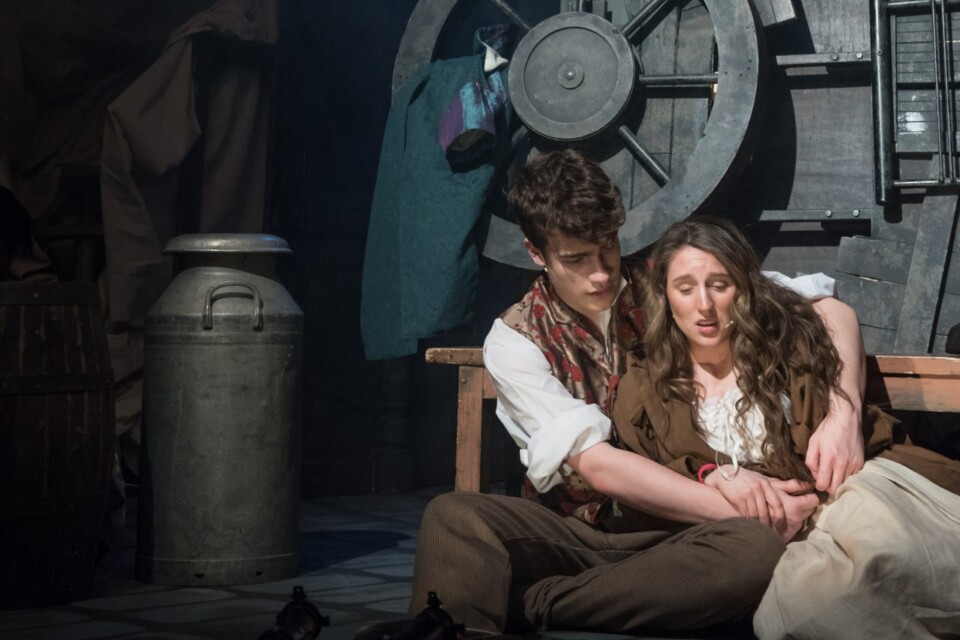 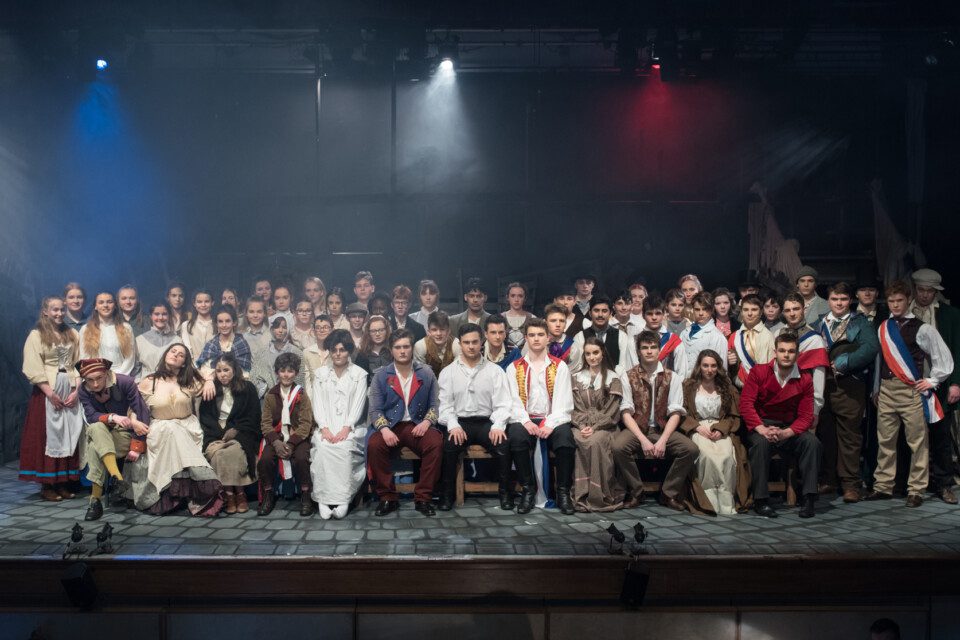