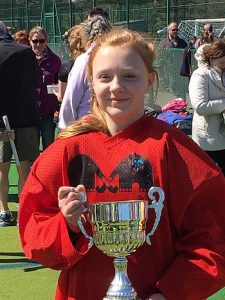 Two talented pupils from Monmouth School for Girls will be competing at the England Hockey Futures Cup tomorrow.

Midfielder Mari and goalkeeper Elin (left) have been selected to play for the Celtic Jaguars at under 15s level in the four-day tournament at St Albans Hockey Club.

The Futures Cup is an annual event for the best junior hockey players in the country, with players selected to represent their regions.

Mari, who holds sport and music scholarships to Monmouth School for Girls, lives in the town and is a very promising player.

Fourteen-year-old Mari (below) is a regular member of Gwent Hockey Club and played at first-team level for the school last season.

A creative player, Mari is always involved in the short corner routines for the teams she represents.

Elin, 15, started playing hockey at Monmouth School for Girls and was converted into a goalkeeper when she was in Year 8.

Elin, who lives in Garway, is on the Aspire Group for Hockey Wales and a regular member of Abergavenny Ladies who compete in the South Wales League.

She has previously won the Welsh Cup at under 13 level with Abergavenny juniors. 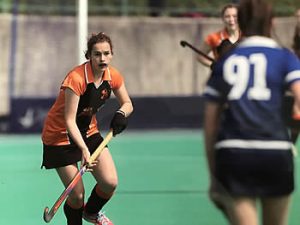