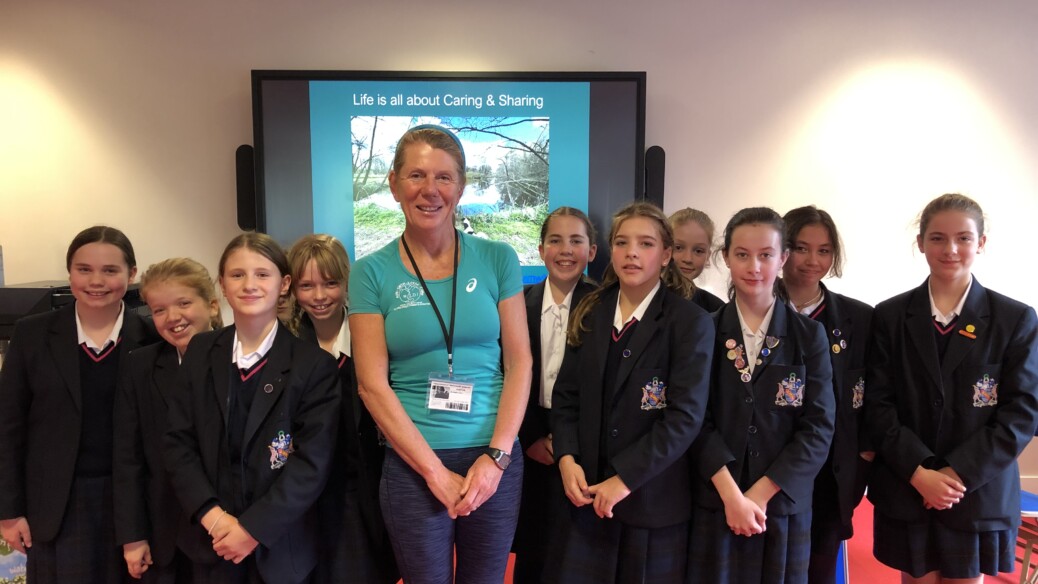 More than 40 pupils at Monmouth School for Girls enjoyed an inspiring talk from adventurer and wild swimming enthusiast, Angela Jones.
Angela is known as the wild woman of the Wye and discussed her life and passion for the River Wye, highlighting her campaign to tackle the environmental issues facing UK rivers.
She hit the national headlines in 2021 when she floated a coffin down the River Wye to amplify ongoing pollution issues.
Angela spoke about her dyslexia, and how it hadn’t stopped her from writing and self-publishing, Wild Swimming: the River Wye.
Her book led to television appearances on the BBC and ITV alongside celebrities Kate Humble and Jamie Oliver.
Angela then focused on local river pollution in the Wye linked to sewage discharges and nitrate and phosphate run-off from agricultural land.
Mr Nick Meek, Head of Geography at Monmouth School for Girls, was thrilled with the high turnout from the Monmouth School for Girls’ Geographical Society.