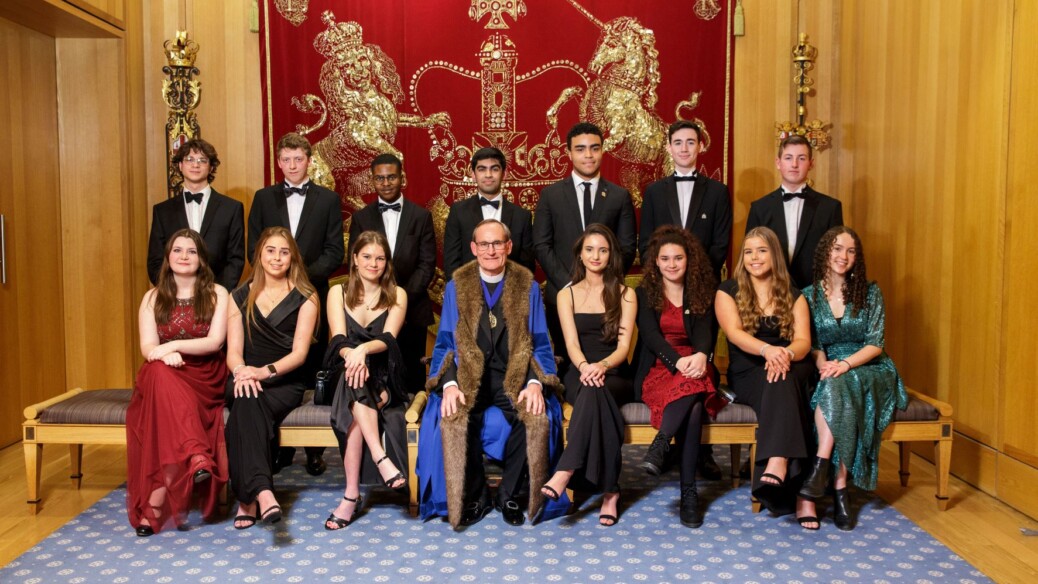 Student representatives at Haberdashers’ Monmouth Schools travelled to London this week for a prestigious annual event.
Freya, Head Girl at Monmouth School for Girls, and Zeb, a Deputy Head of School at Monmouth School for Boys, enjoyed the Publication Dinner at Haberdashers’ Hall.
They were delighted to meet Old Monmothian, Reverend James Power, the newly-elected Master of The Haberdashers’ Company.
The Haberdashers’ Company is one of the Great Twelve Livery Companies and has a long history closely connected to the development of the City of London.
Reverend Power joined The Haberdashers’ Company as one of the late Past Master David Sime’s Jubilee Apprentices.
After attending school in Monmouth, he read Chemistry at the University of Nottingham and Theology at the University of Leeds and King’s College, London.
Reverend Power was ordained in the Church in Wales before becoming Chaplain to Harrow School in 1989; since 2015 he has combined that role with being Vicar of St Mary’s Harrow on the Hill.
He is serving as Chaplain to the Lord Mayor, Alderman William Russell.
Outside the company, Reverend Power has chaired the School Chaplains’ Conference and the Harrow Club W10, which played a major role in the aftermath of the Grenfell Tower disaster.
Married to Fiona, a teacher who is on the Livery of the Cutlers’ Company, they have two adult children, both Freemen. Huw is an army officer and Kitty works in community drama.
Today, The Haberdashers’ Company is in the privileged position, thanks to benefactors both past and present, to continue with its educational and other charitable activities.