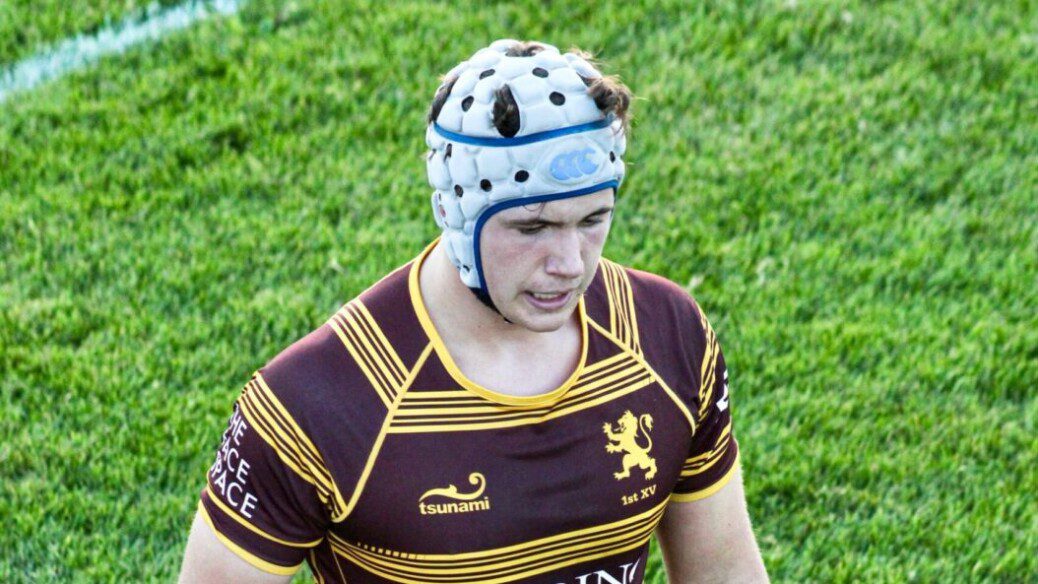 Freddy scored an early try for the 1st XV. Photograph by Thomas in Year 13

An early try from Freddy proved the highlight as Monmouth School for Boys’ 1st XV suffered their first defeat of the season, going down 27-5 at Marlborough College.

Marlborough College proved strong opposition and ended Monmouth’s unbeaten run after racking up 17 answered points in the second half.

A season spent mostly travelling out of Monmouthshire led the boys to Wiltshire for the first game after the half-term break.

Looking to carry on some excellent form from earlier in the season, Monmouth were quickly out of the blocks and good field position gave them a line-out just 10 metres out.

A well-executed line-out move meant the Monmouth pack were able to flex their muscles with a driving maul that Freddy eventually bundled over the line for the first try of the afternoon.

It was a superb start from Monmouth, but they could not sustain the accuracy and intensity as the hosts responded strongly with a penalty and a converted try to open up a 10-5 half-time advantage.

Monmouth enjoyed the lion’s share of possession after the interval and dominated for large periods but, for once, lacked a cutting edge in attack.

The visitors threw caution to the wind as they tried to get back into the contest but Marlborough’s defence held firm.

As the minutes ticked down and, with Monmouth aiming to preserve their unbeaten record, they hit the self-destruct button.

Marlborough seized on loose passes to run in two length-of-the-field converted tries and also added a penalty to wrap up a convincing victory.

It proved a tough afternoon for Monmouth, who will be looking to bounce back this week when host Bromsgrove School in the third round of the National Cup.