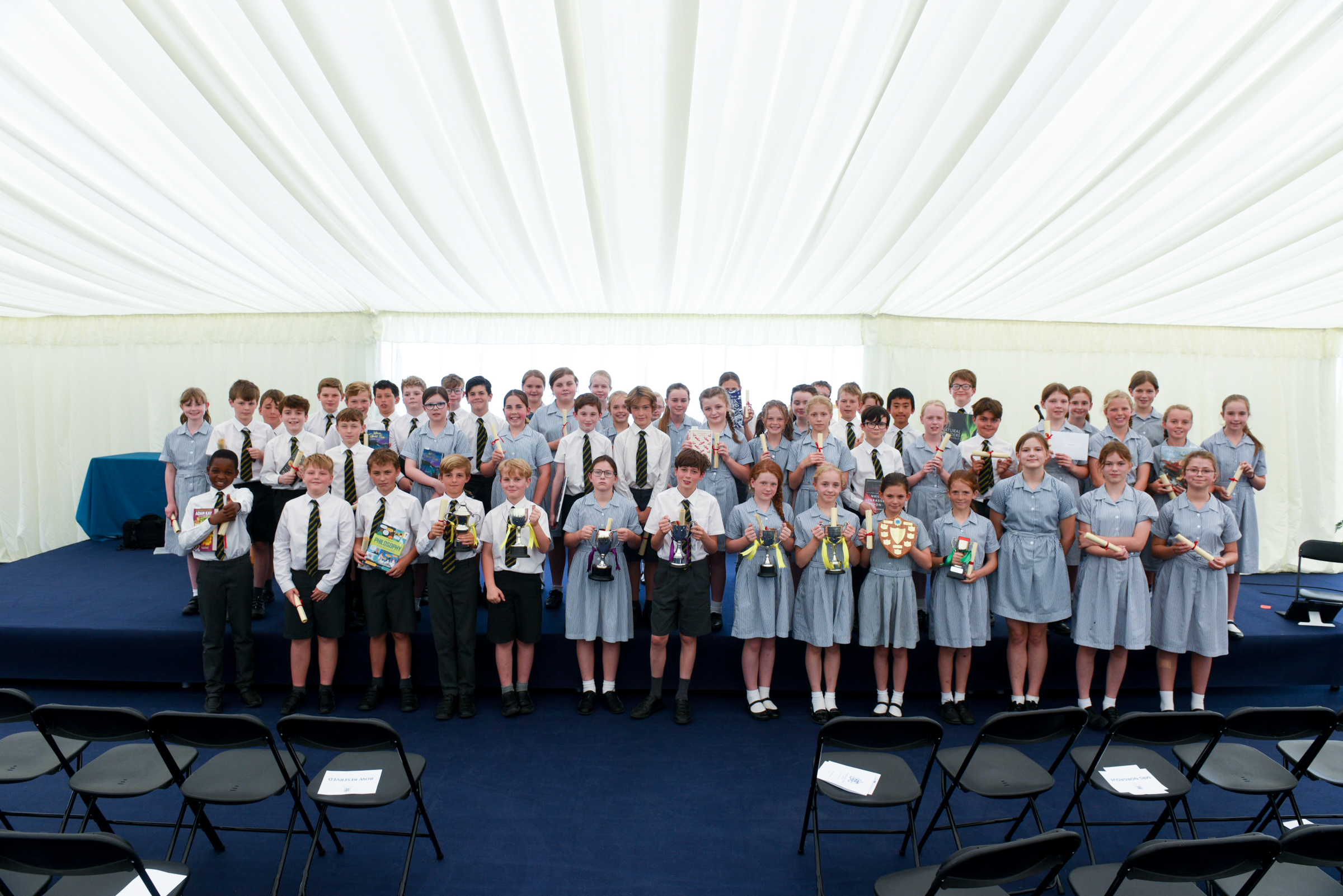 Pupils, staff and parents from The Grange joined together to celebrate a year of excellence, inspiration and achievements. Headteacher, Mr Neil Shaw, opened the event with an encouraging speech centred around the children’s author, Roald Dahl.

He highlighted the success of the musical, Matilda!, the first whole-school production, and shared how the outstanding strength of the school’s performing arts programme, was clear for all to see.

Mr Shaw also spoke about the close link between Agincourt and the first ever West End production of Matilda!

The choreographer, Mr Shaw said, had close family links to Agincourt and spent time watching the movements of our very own children, to inspire the dances and performances that countless people have watched on the West End. However, he was quick to stress that the look and behaviours in the musical were not based on the excellent children at Monmouth Prep School!

Head Boy, Drew, and Head Girl, Lauren, then took to the stage and captivated the whole audience with a powerful, encouraging speech.

Both said how they believed, as young people, it was their responsibility to strike positive change in the world around them, sharing the famous Charlie Mackesy quote “Always remember that you matter, you’re important and you bring to this world things that no one else can.”

They also shared about the positive changes they have seen since the creation of the co-educational Prep School and that once common ground had been  found (no feet in netball and no hands in football!), everyone was quick to become friends.

Speeches were also made by Old Monmothian, Reverend James Power, The Master of the Worshipful Company of Haberdashers; and Lord Moynihan, Chair of Governors.

Throughout the event, prizes and scholarships were handed out to pupils.

With each round of applause, it was clear to see the enormous sense of pride and accomplishment between fellow pupils, parents and staff.