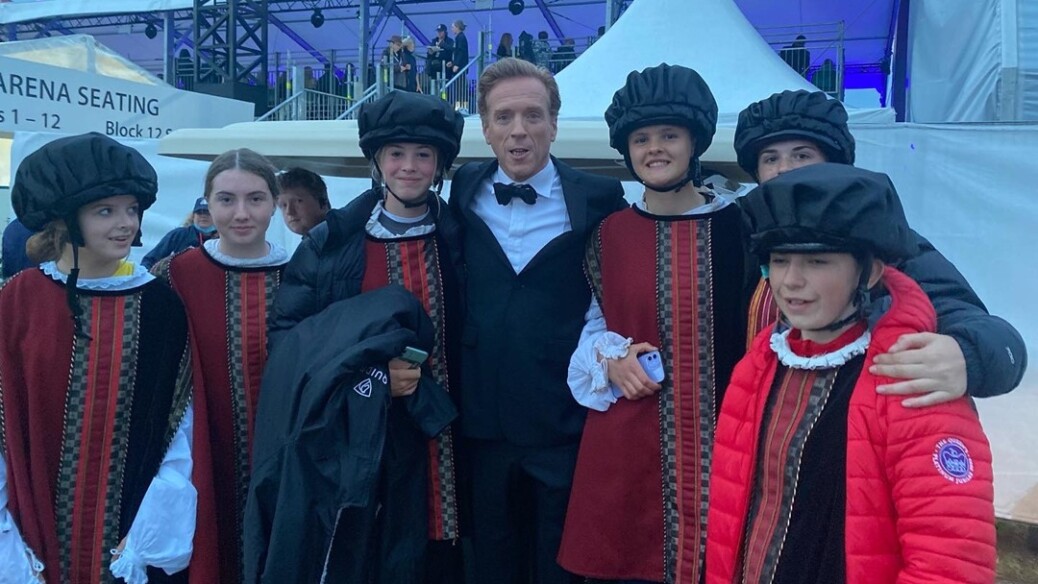 Heidi (left, holding her jacket) with actor Damian Lewis and members of her riding team

An equestrian rider at Monmouth School for Girls enjoyed a memorable time with the England Mounted Games team at The Royal Windsor Horse Show.

Heidi, from Year 9, was involved in a special jubilee pageant in front of The Queen and other members of the Royal Family.

The 14-year-old had worked very hard to gain selection for England and was one of only five children chosen for the team.

Held annually, the Home International Mounted Games Championship saw Pony Club members from England, Scotland, Northern Ireland and the Republic of Ireland battle it out for the prestigious title.

Heidi has since been selected to represent the South of England at a Mounted Games Association Home International.

Last week, her team was crowned champions at the Royal Bath & West Show and Heidi has now been picked to represent England at the Annual International Mounted Games Association European Team & Individual Championships in August.

Mounted Games is a popular equestrian discipline and requires a high level of confident, quick riding, agility, hand to eye coordination and teamwork.