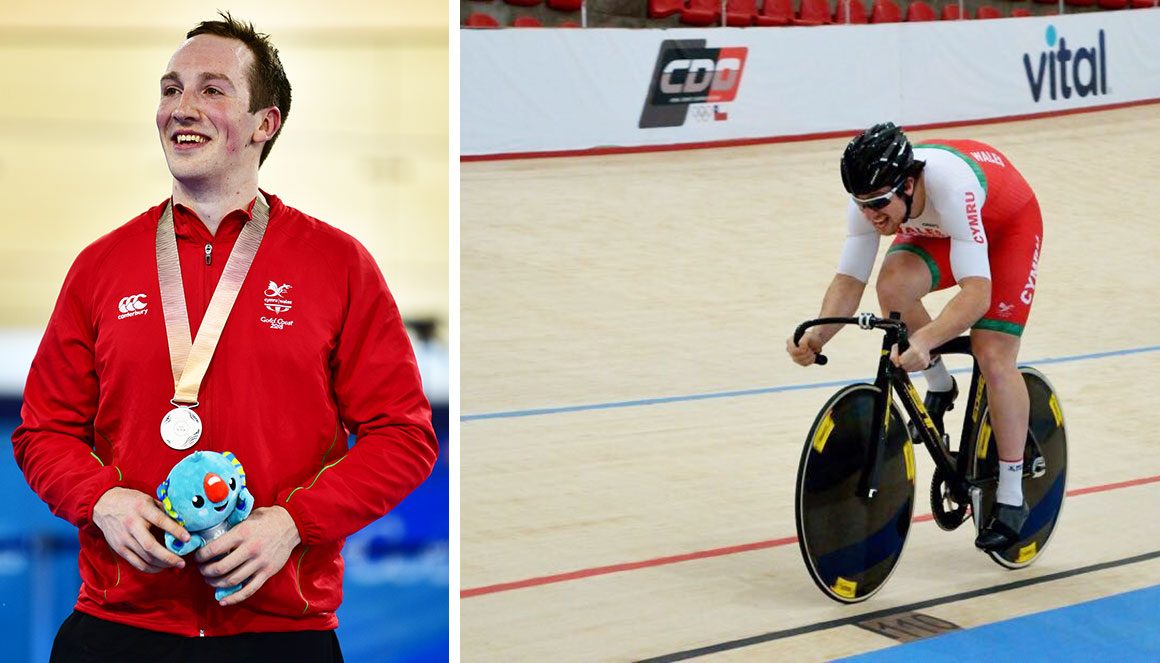 Lewis, a track cyclist from Devauden, near Monmouth, powered to second for Team Wales in the men’s keirin at the Anna Meares Velodrome on Friday 6th April.

He is among three Haberdashers’ Monmouth Schools’ representatives – Hallam Amos and Chelsea Lewis the other two – competing in Australia.

It was Lewis’ third Commonwealth Games and his career-best result after winning gold at the British Keirin Championships and a keirin silver medal at December’s Tissot UCI Track Cycling World Cup in Canada.

Lewis had to win a repechage to reach the semi-finals after coming third in his first round heat.

Headmaster at Monmouth School for Boys, Dr Andrew Daniel, said: “Lewis is a fantastic role model for the students at Monmouth and this great achievement is the result of many years of hard work and dedication.

“Lewis balances his cycling with his medical studies at Cardiff University and everyone at Haberdashers’ Monmouth Schools is very proud of him. Lewis is an inspiration to the boys and a fantastic ambassador for the school.”

Lewis reached the quarter-final stage in the men’s sprint on Saturday 7th April and was 13th in the men’s 1,000 metre time trial on Sunday 8th April.