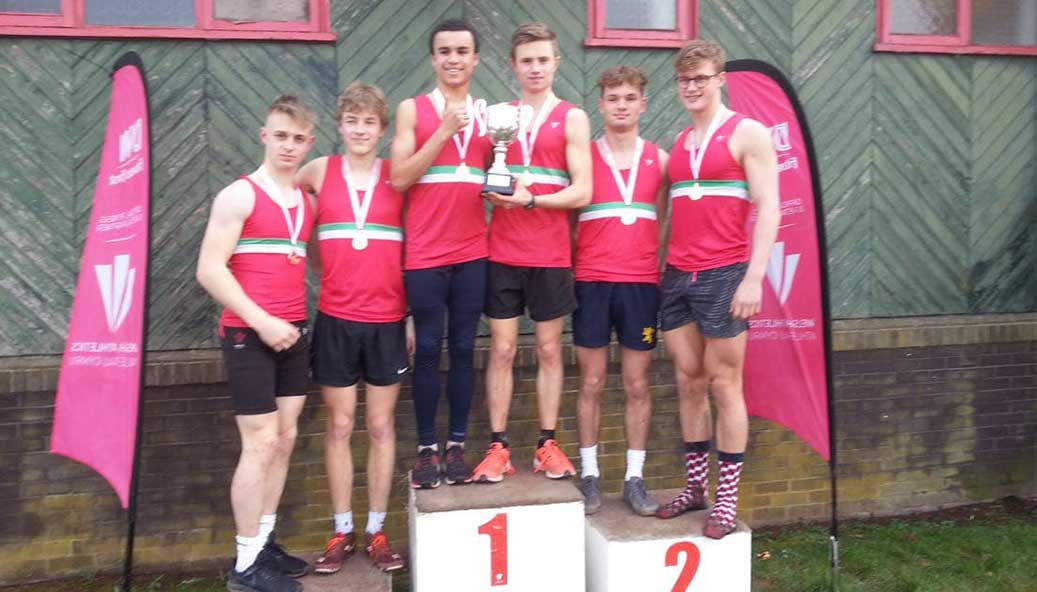 The cross-country runners at Monmouth School for Boys clinched six medals at the national championships in Brecon.

Year 13 students Robbie, George, who ran most of the race with one shoe, and Anthony helped South East Wales to an outstanding team gold.

The trio’s success at the Welsh Schools Athletic Association Districts Cross-Country Championships last week was a fitting way to bring down the curtain on their cross-country racing for Monmouth.

Harry bagged an individual bronze medal and was supported by Gwyndaf in helping South East Wales to a team silver.

Year 8 pupils Oliver and Henry got the afternoon off to a positive start, finishing 10th and 19th respectively (first and fourth scorers for South East Wales) in the Junior Boys’ (Years 8 and 9) race.

Oliver moved through the field in the second half of the 4,500m race and fell agonisingly close to gaining automatic selection for the Welsh Schools’ team for the annual Schools International Athletic Board’s (SIAB) international in Dublin.

Oliver and Henry were third and sixth respectively out of the Year 8 boys competing. Rhys Phillips was 33rd and fifth scorer for the team, while was Will Morris was 71st.

The highlight for Monmouth was the 5,810m Senior Boys’ race in which Robbie and George were 24th and 25th (fourth and fifth South East Wales scorers).

Anthony also ran a well-judged race to finish 33rd but, more crucially, was the sixth-and-final scorer to help the county to their only team gold of the day.  Iwan, who made his county debut, was 46th, while Rowan  was inside the top 20 when he had to withdraw thorough injury.

Master-in-charge of Cross-Country at Monmouth School for Boys, Dr Huw Evans, said: “Robbie and George, our cross country secretary and captain respectively, have been club stalwarts.

“Both have been phenomenal runners during their seven years at the school, especially given all of their other sporting commitments. George’s run was remarkable because he lost a shoe on one of the first corners of the race after somebody stepped on his heel.”