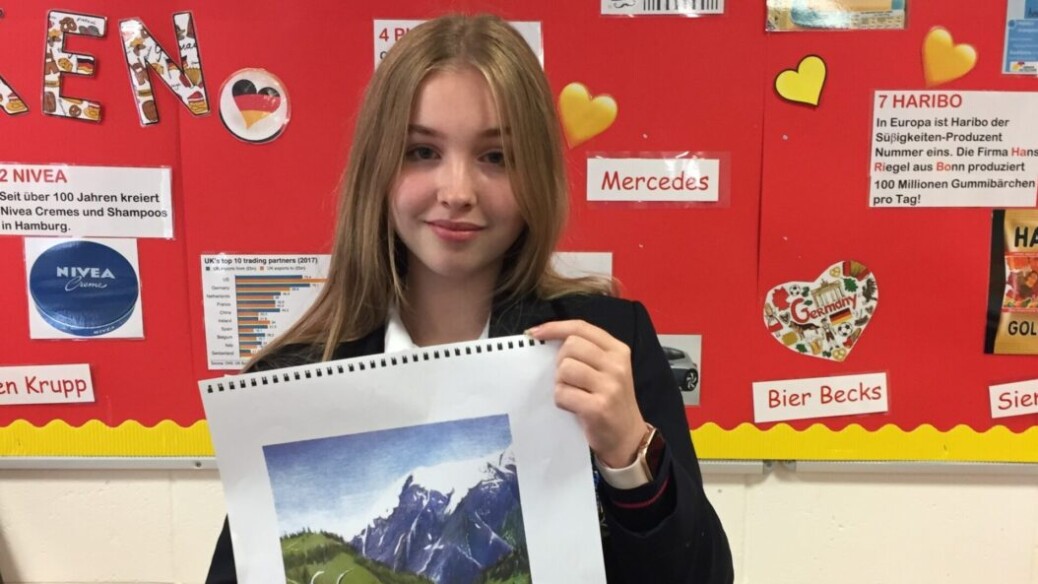 A mythical beast depicted by a 14-year-old pupil at Monmouth School for Girls has been hailed in a national competition.

Students from across the country were challenged to draw or paint their own version of a mythical creature that might live in an alpine habitat and write a text describing its main features.

“Given that this is a national competition, this is a wonderful achievement and a testament to Charlotte’s creative skills and ability to manipulate the German language independently,” said Head of Modern Foreign Languages at Monmouth School for Girls, Mrs Helen Smail.

Fellow Year 10 students, Zoe and Niamh, took part as a team and their impressive entry was Highly Commended in the joint category.

The Oxford German Olympiad provides exciting opportunities for students to develop their German language skills and to research German history and culture.

This year’s competition theme was Die Alpen and, according to legend, mythical creatures, Raurakel, Dahu or Wolpertinger, live deep in alpine regions.

The creatures are often depicted as having legs of different lengths, which makes it easier for them to move on slopes.